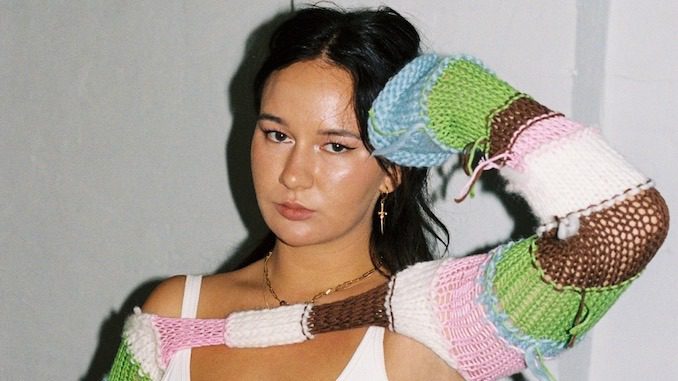 After releasing several EPs between 2016 and 2019, Australian musician Mallrat is finally ready to release her debut studio album Butterfly Blue on May 13 via Dew Process. Her previous singles “Your Love” and “Teeth” have graced our Best Songs lists, and she continues to break new ground for herself on “Surprise Me.”

It’s a fitting song title, and Mallrat digs through her bag of tricks for the best one of all: Azealia Banks. Bright synths and hi-hats pay homage to the minimalist Soundcloud rap that influences Mallrat’s hyper-online, infectious pop. Banks is wickedly funny with her sex-filled rap that as jarring as it is addictive (“He said the pussy tighter than Nicole Kidman;s face” is just one of many hilarious lines).

Speaking on how the collaboration came to be, Mallrat said:

It’s so true that the music you listen to when you’re little really shapes you. Or at least it hangs out in your subconscious for a very long time. The first album I ever bought with my own money was Broke With Expensive Taste. She was truly the best to work with. It felt like she really cared, which you don’t always get with feature artists; often, it can feel like they’re fulfilling an obligation. Maybe I’m biased, but hers is one of the most iconic and memorable verses I’ve ever heard.

Below, listen to “Surprise Me” and presave Butterfly Blue here.