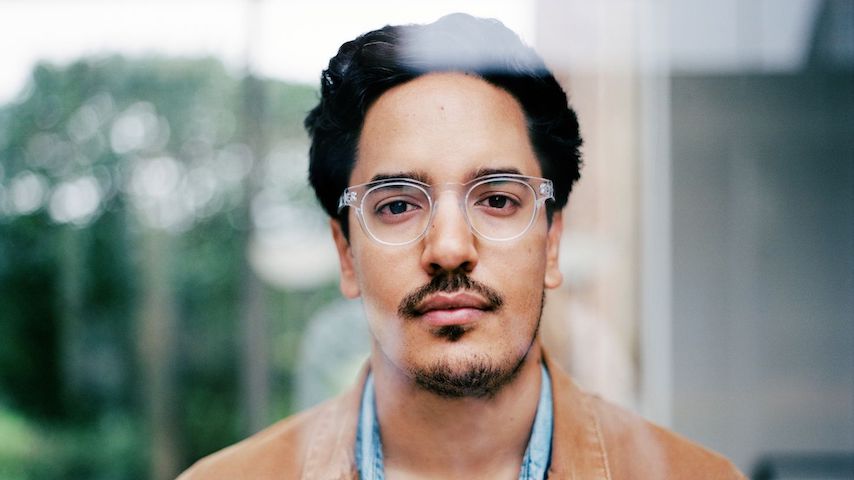 If your instinct is to press “skip” when a sad song comes on, that’s understandable. But, hear me out: Luke Sital-Singh’s sad songs might actually make you happy—or at least feel less alone. Sital-Singh’s music could also bring you joy because—simply put—his voice is an all-consuming kind of beautiful.

Sital-Singh is a British singer/songwriter whose music is comparable to Iron & Wine, Gregory Alan Isakov and Alex Lleo. In 2012, he released his debut single “Fail For You,” which was featured in Grey’s Anatomy, among several other TV shows. After signing to Parlophone records, Sital-Singh released his first album The Fire Inside later that same year. In one of the standout tracks from the album, “Nothing Stays the Same,” he reminds us of the fleeting nature of life: “Cry your eyes out / Fill your lungs up / We all hurt / We all lie / And nothing stays the same / Oh, dear life.”

For the next few years, Sital-Singh toured internationally, opening for artists such as Villagers, The Staves, Martha Wainwright and Kodaline. In 2017, Sital-Singh released his sophomore record, Time Is A Riddle.

As his music career steadily progressed, he landed an opportunity to perform at the 2018 national TED conference in Vancouver. In between his ballads at the piano, Sital-Singh said of his songwriting:

I love a depressing song, you know? I’ve been writing them for 15 years now and to be honest, over that time, I’ve come to kind of believe that they’re not really depressing at all. In fact, I think they’re kind of the most important songs we have. Songs that sing of sorrow, of grief, of longing, of the darker side of love, the underside of being alive. These are the songs I just never tire of hearing, and I never tire of writing because they make me feel less alone. They speak to a very real part of being human that can often be hidden in fear and shame, and pushed deep down where it lingers and rots. I think listening to these songs, really listening, can allow us to re-feel these hard emotions but in a cathartic and healing way. In a way that reminds us, as we listen, that we’re not alone in darkness.

He then went on to admit that his songs may not be “dancefloor favorites,” but they are full of love and hope. On “Greatest Lovers,” Sital-Singh sings: “Oh I can see a rushing river / running from here to forever / Hold on tight we’ll flow together / And we’ll know it’s all right.” He also writes about failing, loss, finding purpose in life and, ultimately, the most raw human experiences. On one of his most powerful tracks, “Killing Me,” he admits: “And it’s killing me that you’re not here with me / I’m living happily, but I’m feeling guilty / Oh you won’t believe the wonders I can see / This world is changing me, but I’ll love you faithfully.”

Most recently, Sital-Singh worked with Nashville-based folk artist Old Sea Brigade, the stage name of Ben Cramer, on a collaborative EP titled All the Ways You Sing in the Dark. “I met Ben a few years back when we toured the states together,” Sital-Singh said. “We both love the same music and are both geeky studio types who love nothing better than talking about microphones and gear. It was inevitable we’d end up in a studio together. We didn’t even know if we would actually release anything and that gave us a rare freedom to do whatever came into our heads. It was a very refreshing creative experience.”

Sital-Singh and Cramer created a magical four-track EP, which was released on Aug. 28. Although it was their first time recording music together, the lyrics, harmonies and sounds are very polished. “We wrote more than the four songs we’ve released, so maybe we’ll release more music in the future,” Sital-Singh added.

During quarantine, Sital-Singh started a Patreon club called “The Luke Sital-Singh Sad Song Supper Club” in hopes of maintaining a direct connection with his fans and staying busy. The title itself indicates Sital-Singh’s ability to fully embrace sad songs and to even find humor in their existence. Through Patreon, he offered livestreams, covers, merch and other goodies, and took a poll of what covers people wanted to hear each week. As a result, he recorded renditions of classics like David Bowie’s “Heroes” and Pink Floyd’s “Wish You Were Here.”

“Sad music has a way of meeting me where I am,” Sital-Singh shares. “Like a great friend who listens to your woes without telling you to cheer up. That’s what sad music does for me and if my songs can do that for others then I can feel like I’ve been put to good use in this world.”

There are plenty of less serious songs out there, and there is no shame in enjoying those. But, sometimes—especially right now—the more somber music, like Sital-Singh’s, is the most refreshing.