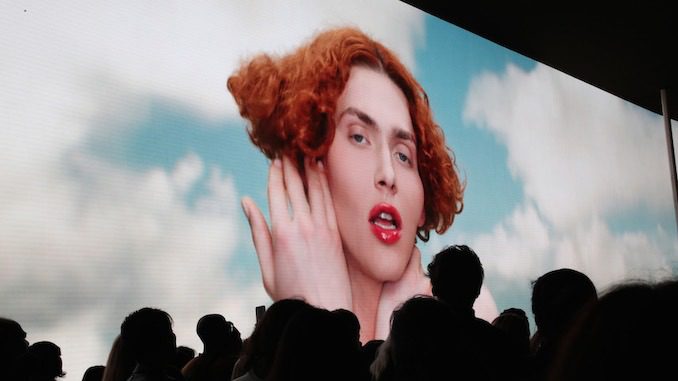 Visionary musician SOPHIE’s death in a freak accident in January was a gut punch to the global music community, but due to what broadcaster and musician Nabihah Iqbal calls “a weird twist of internet fate,” we now have a new way to remember and celebrate the fallen artist.

SOPHIE spoke to Iqbal as part of the latter’s Glory to Sound event series in August 2019, and though the audio was initially lost, Iqbal later came into contact with an artist who happened to have attended the talk and recorded it on his phone, enabling Iqbal to clean up and share the audio on Monday, nearly two years later. Their talk runs about an hour and a half, and despite “a few rustling sounds here and there,” it sounds just fine.

”[SOPHIE was] one of my best friends and I miss her so much, but when you listen through to this, it gives you a great idea of her intellect and her wit and humor, and just the really profound way in which she talks about music and her relationship with it,” says Iqbal in her introduction to the interview. “And I’m glad that she shared all of those things with us that evening. And now anyone who wants to listen has the chance to do so.”

SOPHIE discusses 10 particularly meaningful pieces of music during the talk, including:

Listen to Iqbal’s interview with SOPHIE in full here, and revisit Paste’s remembrance of the artist here.

In a weird twist of internet fate, a recording of SOPHIE’s @glorytosound talk is finally available for anyone who’d like to listen @SOPHIEMSMSMSM talks us through 10 of the most important pieces of music to her RIP Musical Angel https://t.co/wtvmOfgCuQpic.twitter.com/zU50cB3XtV