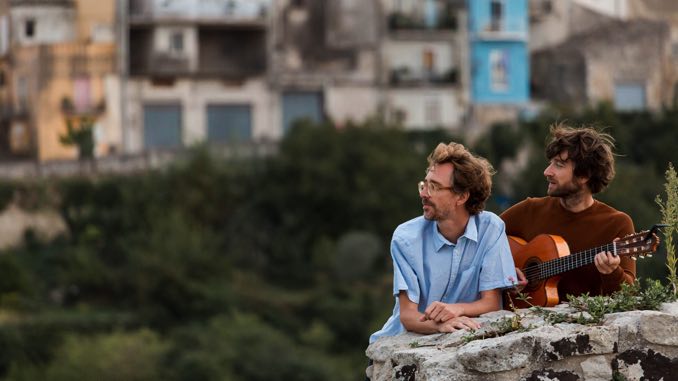 Norwegian folk-pop duo Norwegian duo, i.e., Eirik Glambeck BoE and Erlend Oye, have shared the second preview of their forthcoming first album in over a decade. “Fever” arrived Friday ahead of Peace or Love’s release on June 18 via EMI.

“‘Fever’ is the song on Peace or Love that was the quickest to write, born from a pure and simple burst of inspiration,” explains Oye in a statement. “The recording and arranging, however, was as usual a long process, culminating in Eirik adding the riveting piano outro in the album’s final days of recording in February 2020.”

“Fever” follows lead Peace or Love track “Rocky Trail,” which we praised as “classic Kings of Convenience.” The duo’s latest has a surprisingly jazzy shuffle to it, with delicate, yet pointed palm-muted acoustic riffs as the structure over which BoE and Oye drape their murmuring vocals. Strings and piano raise the song’s ceiling, hanging back until they take over in the song’s beautiful, sprawling third act.

Peace or Love is the Kings’ first album since 2009’s Declaration of Dependence, and its singles thus far suggest a return to form that’s going to hit like a cool breeze on the sweltering day we’ve all been stuck living and reliving.

Listen to “Fever” below and revisit the details of Peace or Love here.