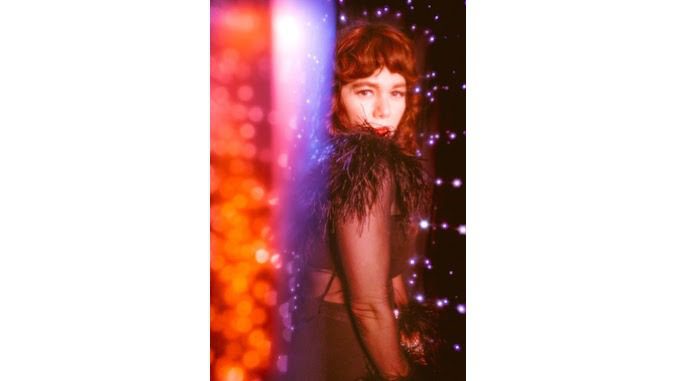 The wonderful Jenny Lewis is currently out supporting Harry Styles on his Love on Tour, but that didn’t stop her from recording and sharing the breezy and upbeat “Puppy and a Truck,” out now via Loves Way. Though Lewis has released four collaborative tracks with Chicago rapper Serengeti over the past year, “Puppy and a Truck” is her first proper solo song since 2019’s On the Line. Styles fans may have already heard her perform it live.

Written by Lewis and produced by Dave Cobb, “Puppy and a Truck” is described in a press release as “an ode to letting go of negativity and focusing on life’s simple joys,” complete with “a few words of advice for these upside-down times”: “If you feel like giving up / Shut up / Get a puppy and a truck,” Lewis urges. The song feels almost Jimmy Buffet-esque in places, like when Lewis candidly begins, “My 40s are kicking my ass / and handing them to me in a margarita glass.” Breezy acoustic chords meet ruminant pedal steel as Lewis delightfully yearns for “a dog that’s hypoallergenic / in the poodle milieu and photogenic / don’t shed, don’t bark / and can play in the band.”

Here’s hoping there’s more where “Puppy and a Truck” came from—i.e., a full-length On the Line follow-up—hidden somewhere up Lewis’ sleeves. We’ll be sure to let you know one way or the other.

Watch the lyric video for “Puppy and a Truck” below.