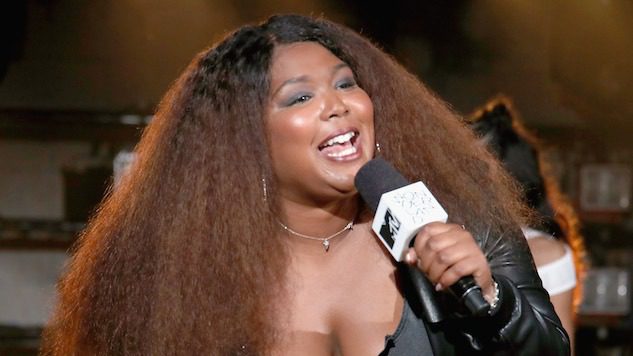 Back in 2016, Lizzo played a show at Daytrotter in Davenport, Iowa in support of her 2015 second studio album Big Grrrl Small World.

Lizzo performed Big Grrrl highlights like “Bother Me,” “En Love” and “The Realest,” as she commanded the stage and gripped the audience the way only Lizzo can. Accompanied by backup dancers, she spontaneously yelled phrases like “Love yourself!” and broke into steamy flute solos.

Paste contributor Hilary Saunders wrote of her 2015 album, “Hip-hop needs a strong female voice today—one that matches the pop magnetism of Beyoncé, but with the political and social awareness of Killer Mike. With Big GRRRL Small World, Lizzo seems primed and ready to fill that spot.”

Lizzo is currently prepping the release of her major label full-length debut, Cuz I Love You, out on April 19 via Atlantic Records. Paste recently caught her set at SXSW last month and crowned it the finest of the whole festival. Adrian Spinelli wrote, “Lizzo delivered hands down the most impassioned and downright incredible performance of the week, from a furiously bubbling artist who’s primed to emerge from SXSW as the next full-blown star.”

Hear Lizzo perform “Bother Me,” “En Love” and “The Realest” live at Daytrotter below, and revisit her 2014 session while you’re at it.