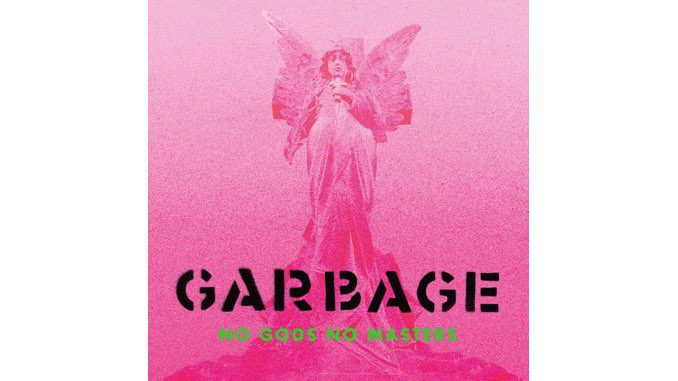 In 1880, French socialist revolutionary Louis Auguste Blanqui coined the term “ni dieu ni maître”—neither god nor master—in his journal of the same name to describe the new world order he envisioned. Since then, the phrase has been appropriated by Friedrich Nietzsche, birth control advocate Margaret Sanger, and a myriad of punks, anarchists and feminists to describe a global frustration with the laws that enable systemic injustice in Western society. Though it’s since become a passé statement—the sort of thing you might find graffitied in a venue bathroom—it has legitimate claim to multiple ideologies and has become a basic signifier of political unrest.

It seemed questionable when Garbage announced their new album, their first in five years, was titled No Gods No Masters. Over the years, it’s become difficult to trust our musical heroes from the ‘80s and ‘90s; acts like Billy Corgan, Morrissey and Sex Pistols have made careers out of preaching radical thought while remaining bigoted or reprehensible in their personal lives. Johnny Rotten’s even gone on record saying anarchy “is mind games for the middle class.” “Punk” has always been an aesthetic, and the face of the genre has always been overwhelmingly white and straight. But part of me has always wanted to believe that Shirley Manson is an exception here. For me, Manson’s a veritable gay icon in her own right; she’s been a longtime vocal supporter of the queer community, and she’s always been earnest and open despite her prickly, badass image. On a more personal level, tracks like “Queer” and “Push It” were integral for my angstiest high school years—Garbage has always had a motivational sound, despite being shrouded in gothy orchestration.

An established artist openly admitting their album is inspired by the BLM and #MeToo movements admittedly makes me nervous—it’s often a slippery slope towards exploitative self-aggrandizing. But No Gods No Monsters leads with an honesty that’s hard to deny, even when it leans into more typical protest music tropes. I can believe Manson feels what she’s singing about here, and it never gets so corny that it reads like a platitudinous liberal Facebook post.

Opener “The Men Who Rule The World” leads with the whirling sound of a slot machine, which gives way to a bopping synth-pop track tying the cruel realities of misogyny, capitalism and fundamentalism together into a streamlined narrative. A singer whispering “money, money, money” across a song’s bridge isn’t exactly treading new ground, but Manson’s still-commanding voice sounds delightful layered atop pounding drums and frenzied riffs.

The album’s tour de force, however, is the achingly apocalyptic “A Woman Destroyed,” which leads with filmic synth chords that may or may not closely resemble Inception’s “BWONG.” It’s a classic song of righteous revenge from the point of view of a woman who’s been wronged by her lover. “You swapped your queen out for a pawn / Lock your door, get a guard dog,” Manson warbles just before a staccato of sharp synths piles in. It’s a track that hearkens back to the industrial sound of their previous album Strange Little Birds and wouldn’t be amiss on PJ Harvey’s Is This Desire?

As a whole, No Gods No Monsters reads as an album about deep societal frustrations. Yet it manages to feel light and airy in moments, like the humorously titled, Pet Shop Boys-adjacent “Flipping the Bird.” The emotional texture of each track is what makes it rise above a collection of empty, sloganistic statements. Garbage still have that irreverent spirit they’ve always had, and it’s a delight to see that the world’s horrors haven’t changed that; they’re still here serving dissatisfied, withering gazes at a decaying society, just like they were back when they moaned about their rainy day gloom.

Austin Jones is a writer with eclectic media interests. You can chat with him about horror games, electronic music, Joanna Newsom and ‘80s-‘90s anime on Twitter: @belfryfire