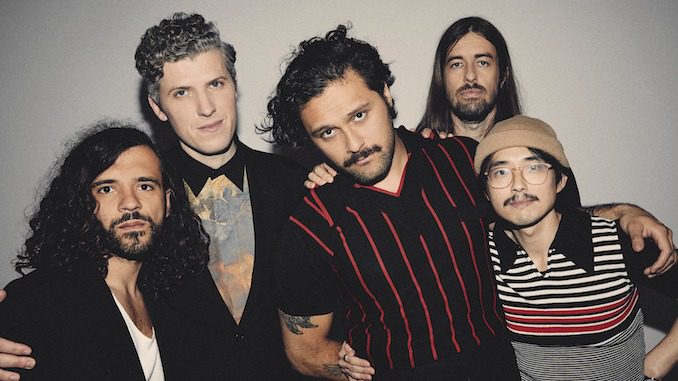 Australian indie-rock group Gang of Youths have announced their third album, angel in realtime, out Feb. 25, 2022, via Warner Records.

Explaining angel in realtime in a statement, Gang of Youths say, “The album is about the life and legacy of Dave Le’aupepe’s father, indigenous identity, death, grief and God. And also the Angel, Islington.”

With the announcement, Gang of Youths also shared a new track, “tend the garden.”

Following “the angel of 8th ave” and “the man himself,” both of which made Paste’s Best New Songs lists, “tend the garden” is a synthy, glimmering track with islands of piano-only instrumentation, acting almost like reminiscent pauses as Le’aupepe, the band’s lead vocalist, recounts his father’s affinity for gardening.

Gang of Youths will also be embarking on a North American tour in 2022 following the release of angel in realtime. The tour will kick off in Madison, Wisconsin, on April 21 and wrap up in late September.

angel in realtime will be released digitally, as well as on double white vinyl and CD.

Check out “tend the garden” below, and find the details of angel in realtime and Gang of Youth’s upcoming tour dates further down. You can preorder the album here.