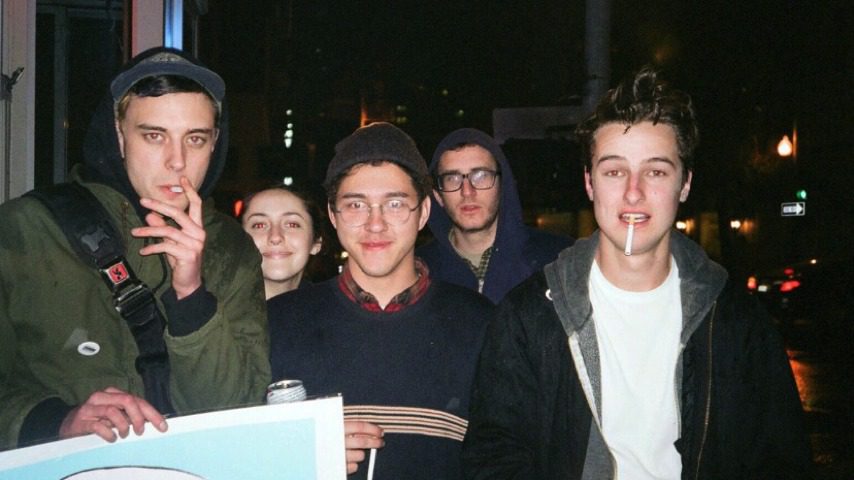 The past few years have been full of reasons to fall apart, and Bay Area rockers Pardoner very nearly went that way. Max Freeland (vocals, guitar), Trey Flanigan (vocals, guitar) and River van den Berghe (drums) bonded over Yo La Tengo and Polvo in the San Francisco State University dorms, formed Pardoner, and released a pair of warm and fuzzy guitar-rock records, 2017’s Uncontrollable Salvation (via Father/Daughter) and 2019’s Playin’ on a Cloud. But when Freeland lived out many Americans’ Tr*mp-era fantasies by relocating to Vancouver (home of Pardoner’s friends and peers Dumb) that same year, it appeared the band was also on its way out.

Fortunately for us, Pardoner wobbled, but didn’t fall, adding an old friend in Colin Burris (bass), and reuniting in San Francisco to record Came Down Different—their forthcoming third album and Bar/None Records debut, out May 14—in a two-day spree with veteran hardcore producer Jack Shirley (Deafheaven, Jeff Rosenstock). The results, thus far, have jumped right out of our headphones, including the sardonic slacker rock of lead single “Donna Said” and the Parquet Courts-esque shredder “Spike,” which we hailed as one of March’s best tracks. Paste is psyched to premiere the third and final single ahead of the band’s new record, “Bunny’s Taxi.”

Pardoner makes music fit for these singular times: Right around the corner is a sunny, vaccinated summer, full of explosive celebration, but by no means free of simmering rage. “Donna Said” melded rock of the noise and jangle varieties while documenting the draining demands of the music-industry rat race (“When you got feelings and guitar / You wanna trade it for cash”), while “Spike” moved a mile a minute to reflect its anti-exploitative sentiments (“Step up on some grapes / They want wine / They want twice the results / In half of the time”). These are songs about being cash-strapped, anonymous and squeezed dry by society (just like those grapes), but somehow having the last laugh all the same.

“Bunny’s Taxi” keeps an eye on that same everyday dehumanization, but takes more of a big-picture view of such everyone-for-themselves struggles, mocking the thoughtlessness of following your bliss wherever. “C’mon and do what you want / If it makes you feel good, how could it be wrong? / C’mon and do what you want to,” Freeland urges over shrieking guitars, going on to drone, “I threw my cares off the cliff / I didn’t care who I hit / The tourists shouted in French / But it’s all Greek to me.” Elsewhere, Pardoner reference their hometown antihero Dirty Harry, deliver wrist-shattering drums and red-hot riffs that land somewhere between shoegaze and surf-rock, and conjure a truly harrowing metaphor for life (and “leisure”) under late capitalism on a dying planet: “If you need me / I’m watching TV in the oven with a gun to the back of my head, fuck.”

“This song is about personal freedom, and how one person’s idea of freedom can encroach on another’s,” the band says simply of “Bunny’s Taxi.”

Listen to “Bunny’s Taxi” below. You can preorder Came Down Different right here.