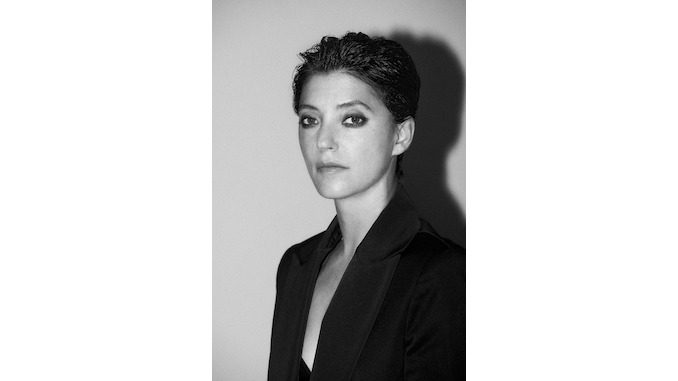 Last Friday, Sharon Van Etten released We’ve Been Going About This All Wrong, her sixth and most instrumentally diverse record in a storied 13-year career. Before releasing her debut, Because I Was in Love, in 2009, and forging a blueprint of heavy, sometimes sparse, emotional upheavals, Van Etten was a publicist for Ba Da Bing Records and sold handmade, self-released CDs. Now, a half-dozen LPs and more than a decade later, Van Etten has never been sidelined by formulaic exhaustion—each of her projects tap into similar emotional headspaces, but never flirt with redundancy. She’s enigmatic and self-aware; graceful and humorous—understanding of what weight a song can hold, what reactions restraint can provoke.

Van Etten’s journey to where she is now has been a slow burn, as she’s patiently amassed a discography that’s always remaking itself sonically. Each record has built an empire out of the one predating it, and Van Etten’s work has become a cornerstone in indie rock through consistency, experimentation and brilliance—and her collaborations with Josh Homme, Norah Jones and Angel Olsen, among others, showcase her adaptability, how she can so comfortably fit into any song with anyone. (She’s even linking up with Julien Baker and reuniting with Olsen for the powerhouse Wild Hearts Tour this summer.)

As the Brooklyn singer/songwriter celebrates We’ve Been Going About This All Wrong, another triumphant document of romance, pitfalls and joys, in a discography patented by it, Paste is highlighting each project’s acclaim. Below is a ranking of all six Sharon Van Etten albums, which range from gentle acts of anti-romantic balladry to powerful declarations of hard-earned healing.

With her sophomore album, Epic, Van Etten perfectly built off her debut effort in a concise way, adding depth and rich textures to a shaped voice and daring, outspoken lyrics in just seven tracks. What sets her apart from many contemporaries is how she chooses to open herself up, as she chronicles second-person interactions with a memorable eye for self-analysis. “Don’t leave me now, you might love me back,” she sings on “One Day,” her best pre-Tramp tune. The synth-driven closing track “Love More” got a lot of attention because Bon Iver covered it, but, on its own, is one of Van Etten’s most affecting codas. (“You chained me like a dog in our room / It made me love, it made me love, it made me love more” is still a heater of a lyric couplet.) When Because I Was in Love arrived in our hearts in 2009, Van Etten was drawing comparisons to Marissa Nadler and Norah Jones (with whom she would later collaborate); by the time she wrote Epic a year later, she’d surpassed both of them completely.

Van Etten’s debut chronicles the balance between disaster and joy in love, exploring the improbability of easy, happy endings. It’s not as instrumentally rich as her subsequent records, but there’s a raw power that beautifully upends our perceptions of the bounds a singer/songwriter project has to abide by. The place of intimacy from which Van Etten has worked is always palpable and addicting, and Because I Was in Love exists as proof. “For You” is still a standout in her catalog, with that intoxicating “I was running home to you / I was hoping that you knew” melody; “I Wish I Knew” remains her most triumphant opener, as she immediately leans into the vulnerable songwriting she’s made her blueprint. “I wish I knew what to do with you,” she sings on the track, capturing the gist of the entire record: a tender, brilliant testament to love’s greatest confusions.

Are We There showcases what we’ve come to love about Van Etten: The New Yorker is self-possessed in the most beautiful ways. This record came into the peripherals of many listeners by way of Twin Peaks: The Return, when Van Etten performed “Tarifa” at the Bang Bang Bar at the end of episode six. Beyond that cameo, “Tarifa” is Van Etten’s prettiest song, sandwiched between the intoxicating, electronic “Our Love” and the nervous, stark “I Love You But I’m Lost.” The heart of Are We There is its finale, “Every Time the Sun Comes Up,” which endures as a declaration of the record’s anti-romantic ethos. “People say I’m a one-hit wonder / But what happens when I have two?” she sings on the track, before obliterating the song’s anonymous subject with the “I washed your dishes, but I shit in your bathroom” line. Are We There is a bridge between Tramp and Remind Me Tomorrow; an immense follow-up to the former and a bold, gentle predecessor to the latter.

We’ve Been Going About This All Wrong is a career-spanning Van Etten record. She elected to not share any singles prior to the album’s release, making a statement on artistic control, productivity and the dedication she has to her craft. The record beautifully taps into every era of Van Etten’s career, weaving in and out of acoustic ballads, synthy, atmospheric flickers and orchestral compositions fit for high-ceiling chambers or starry amphitheaters. It’s less a follow-up to Remind Me Tomorrow and more a first step towards something grander, something Van Etten perhaps hasn’t even figured out yet. “Born” is a magnetic, sprawling opera (“It was something like a window / And I wanted to break free”), while “Headspace” follows as a sensual, brash tune with inversely sublime lyrics (“I want to touch you in the dark”). Lyrically, Van Etten has stripped back her usual approach, trading in on-the-nose dissections for more accessible couplets about desire and moving on. But instrumentally, she’s never been more experimental, electing to make these songs feel conversational through arrangements that perfectly complement her vocal performances. On every preceding project, Van Etten sounded like she was scratching at some kind of revelation; on We’ve Been Going About This All Wrong, she’s made peace with what she has, or hasn’t, discovered.

Produced by The National’s Aaron Dessner, Tramp is Van Etten’s most forward creation, littered with angry ballads of isolation and mistrust. The production of this record is plucky and visceral, an industrial precursor of the detouring, harmonious leap she would make, instrumentally, on Are We There two years later. When she goes up a register on the scoffing, jangly “Warsaw,” in come stark, clamorous echoes of that familiar heartache Van Etten has consistently plucked from her own emotional repertoire. But the shining parts of Tramp arrive when she comes back around and tilts the spotlight away from herself. On “Kevin’s,” she strains her voice while singing of someone else’s self-destruction, lamenting, “You dig your own grave / Buried in masculine pain all the time”; on “We Are Fine,” she helps a friend out of a panic attack. During “Serpents,” the album’s lead single and Van Etten’s most eruptive and punishing track, she pleads for the simple act of consideration, belting, “I had a thought you would take me seriously,” before the memorable, racing choral breakdown. Above it all, Tramp is about healing, both individually and in relationships. “I want my scars to help and heal,” she sings on “All I Can.” On the two previous records, Van Etten sang of a world stopped while the pain came rushing in; on Tramp, she decided to keep moving forward through the crumbling.

Van Etten’s fifth album is not her best because it is a critical triumph or an intoxicating assemblage of restrained, sometimes ghostly, fits of thunder, but because it’s an emotional machine erupting with every version of herself from the last decade. Landing on the best albums of 2019 list at 24 major publications, Remind Me Tomorrow is proof of Van Etten’s compositional gifts and her ability to turn atmospheric spaces into piercing dialogues of self-interrogation, familial breakage and romantic epiphanies, both good and bad. “Comeback Kid” is an industrial-sounding, nostalgic-yearning for lost attention; “Stay” is a piano-and-bass joint about a mother-daughter relationship slipping away. “Don’t want to hurt you / Don’t want to run / Away from myself,” Van Etten sings on the latter, as she tries to write about trust amongst the wreckage of what’s slipped away. But it’s Remind Me Tomorrow’s centerpiece, “Seventeen,” that uplifts the album into the uppermost echelon of Van Etten’s discography. It might be the single strongest song in her catalog, positioned alongside “Serpents,” “Every Time the Sun Comes Up” and her collaboration with Olsen, “Like I Used To,” and it even beckoned a beautiful, re-recorded version, in which she duets with Jones. Van Etten’s work has always been intensely personal, especially as her storytelling is coming from within herself. Remind Me Tomorrow is a powerful, unresolved act of memory and restoration, and Van Etten’s songwriting here is her will—as unshaken as ever.