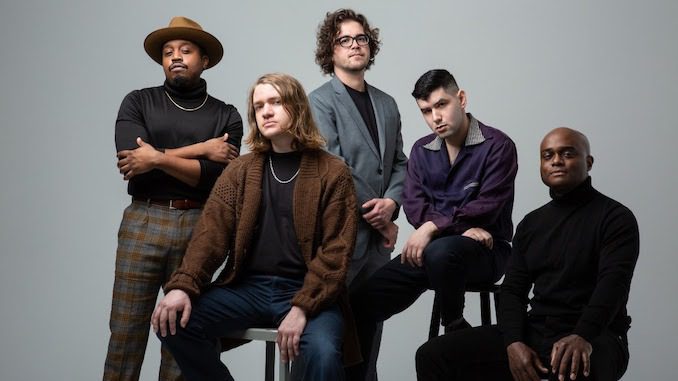 The excitement has not died down for Durand Jones & The Indications’ forthcoming album Private Space, out July 30 via Dead Oceans/ Colemine Records, which we highlighted as one of the releases we are most excited about in July. Today (July 13), the band shares their latest single “The Way That I Do” with an accompanying music video.

The 70s R&B and funk influence shines through on the single, providing an exciting bounce and infectious groove to soundtrack dance parties for the foreseeable future. Frazer’s effortless falsetto and the silky backing vocals are constant reminders of The Indications’ skill at paying tribute to a beloved time in music without sounding like rip-offs. The Weird Life-directed music video was shot at Josephine’s Southern Cooking in Chicago and features Pete & Linda Frazier, the 2019 winners of the city’s World’s Largest Steppers Contest. It’s a simple video which captures the essence of The Indications’ main objective: to make people dance.

Whether on tour or spinning records, over the years we realized how much we love making people dance. When the first notes hit or the needle drops and the whole crowd lights up, that’s a feeling we held onto all through 2020. And that’s what we’re bringing on ‘The Way That I Do.’ It’s a run-to-the-dancefloor song for that special person who gets you shook, makes you wanna do more and be your best self. But it’s also for everyone who’s missed just getting together and movin’ their ass! See y’all soon!

Below, watch the video for “The Way That I Do” and scroll further down to revisit the band’s performance of “Is It Any Wonder?,” one of Paste’s most popular Paste Studio sessions of all time. You can preorder Private Space ahead of its July 30 release here.