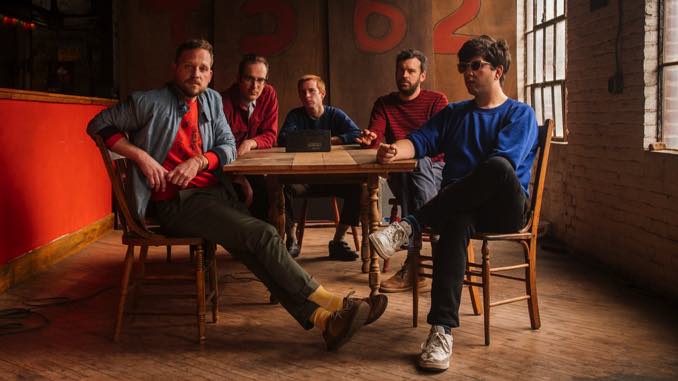 We’ve seen an outpouring of tour announcements in recent months, as COVID vaccinations gradually breathe life back into live music, and after over a year of shows feeling lightyears away, their return has felt like a triumph. Monday, Philadelphia rockers Dr. Dog shared a distinctly bittersweet tour update, announcing a fall 2021 U.S. tour that will be the band’s last.

“Firstly, we are touring in the fall! Lastly, we are done touring after that. Done touring for good! It is a disturbing thing to read, I’m sure, and trust me, an equally unsettling thing to write, but it’s all good,” the band wrote in a Facebook post. “It’s important to us that you understand that this is not a break-up or anything like that. We don’t know what Dr. Dog will do, we just know it won’t include going on tour, except the tour we’re announcing now, which is going to rule.”

Drummer Eric Slick confirmed the news on Twitter, echoing the band’s explanation that the announcement is “not a break up – just a graceful exit from touring.”

After performing at FRED the Festival in Arrington, Virginia, on Aug. 20-22, Dr. Dog kick off their Last Tour in earnest in Albany, New York, on Sept. 8, with two-night stands in Bristol and Chattanooga, Tennessee, and shows on both coasts, as well as everywhere in between. They wrap their final run with four sure-to-be-epic hometown shows in late December, culminating in their last-ever show on New Year’s Eve.