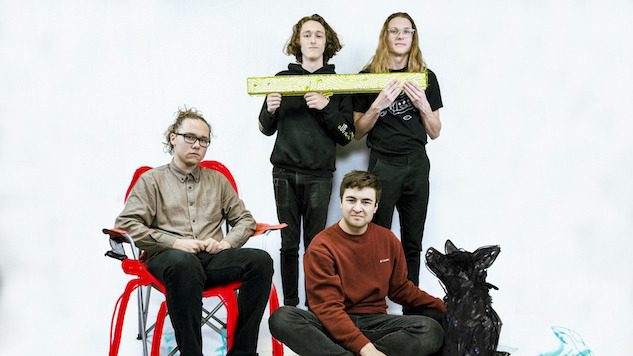 Detroit post-hardcore four-piece Dogleg, who rocketed to indie darling status on the strength of their 2020 debut album Melee, are taking a step back amid allegations of emotional manipulation and abuse against vocalist and guitarist Alex Stoitsiadis. The band announced their hiatus via social media on Monday, canceling all of their 2022 shows and sharing a statement from Stoitsiadis in which he apologizes for “inappropriately possessive” behavior.

“I have spent the last several days hearing from those that I have wronged, and reading their statements of how my negative behaviors have affected them. I have struggled to adequately address these legitimate concerns about my actions,” Stoitsiadis’ statement reads. “In romantic relationships, I would get inappropriately possessive. When I realized a relationship was ending, I would text and call obsessively. I would lie when asked directly if I was seeing other people. I would selfishly divert conversations to be about my own issues, and would not give ample time or care to the issues of other people. In both cases, I would routinely put myself over others.”

“My past, my fears, and my traumas do not warrant me to be hurtful to other people. My selfishness, obsessiveness, and dishonesty are unacceptable and undeserving of a platform in their current state,” the statement continues. “Dogleg will be taking a hiatus. At this point, I need to reflect and actively work on recognizing and managing these negative patterns of behavior. I am sorry to those I have hurt. I want to thank my bandmates, my closest friends, my family, and the community all for holding me accountable.”

“Just to be fully transparent, we will not be playing any shows in 2022,” the band—Stoitsiadis, bassist/vocalist Chase Macinski, guitarist Parker Grissom and drummer Jacob Hanlon—added in a follow-up tweet.

Dogleg had been set to join Touché Amoré on their spring 2022 North American tour alongside Vein.fm (fka Vein), Thirdface and Foxtails.