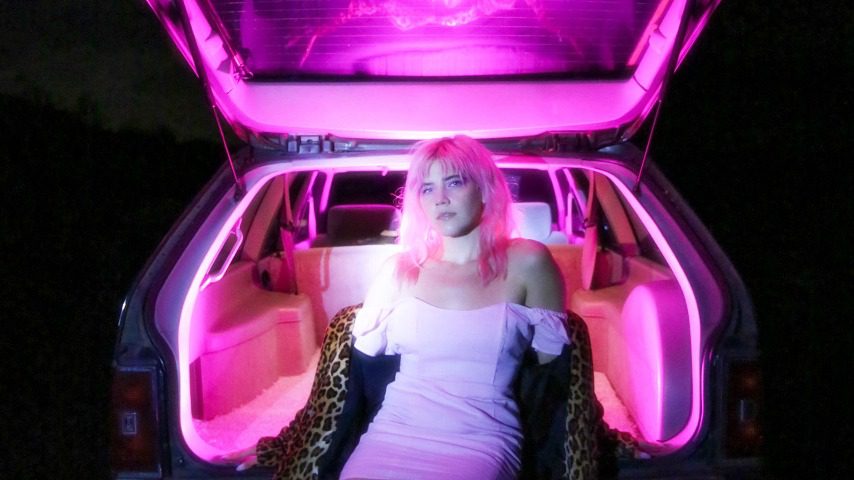 Artist on the rise Claire George has announced that her full-length debut takes shape in The Land Beyond The Light, out May 21st via Cascine. The album’s lead single “Pink Elephants” arrived Wednesday with an accompanying music video.

While “Pink Elephants” has previously never been treated to a studio recording, Paste contributor Adrian Spinelli caught a performance of the track at South by Southwest 2019, leading to George’s ranking as one of the 20 Best Acts Paste saw at the festival that year. There’s no surprise that it did; George’s electronic magic on “Pink Elephants” is distractingly beautiful, its neon-flavored indie pop masking the song’s heart-wrenching origins. The video for “Pink Elephants” sees George pursuing a hooded figure in woods, and works with the song’s lyrics to allude to her past substance issues: “I don’t blame you, I know how it feels / with tusk and teeth gnawing at your heels.”

George elaborated in a statement about the role that an ex-boyfriend’s death to substance abuse played in the crafting of her new single, and The Land Beyond The Light as a whole:

The “Pink Elephants” video is an expression of my desperation to save someone who I loved and lost to addiction. The storyline is meant to depict the lengths to which one will go when they see a loved one losing a battle with substance abuse, but how ultimately, it can be heartbreakingly impossible to catch someone who is already so far gone.

Watch the video for “Pink Elephant” below, and keep scrolling for The Land Beyond The Light album artwork and tracklist.


The Land Beyond The Light Album Artwork:


The Land Beyond The Light Tracklist: