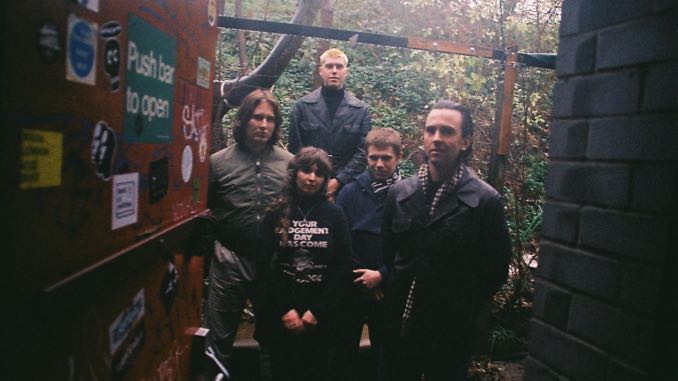 West London punks Chubby and The Gang have another new song out today (May 28), “Life’s Lemons,” the second from their double A-side 7” that also features mid-April’s “Lightning Don’t Strike Twice.” Both tracks will appear on the quintet’s forthcoming sophomore album, one of Paste’s most-anticipated LPs of the year.

One look at Chubby and The Gang’s 2020 paints a clear picture of why we’re so excited to get our ears on their second effort. The band’s explosive debut album Speed Kills was one of our favorite records of last year, earning Chubby (singer Charlie Manning-Walker) and his Gang a spot among our picks for 2020’s best new artists.

Early indications are that the band is shifting gears on their second record. While “Lightning Don’t Strike Twice” didn’t stray all that far from the breakneck fusion of blues-rock and punk-pop (not to be confused with pop-punk) that constituted Speed Kills, though it did ramp up the twang, “Life’s Lemons” steps outside that comfort zone almost entirely. The song is music not for a rowdy night out, but for the bitter and bleary morning after, an old-school torch song that finds a regretful Manning-Walker evoking Roy Orbison as he croons, “I wish I could change, but I can’t.”

Manning-Walker gave Paste an update on LP2 last February, telling Lizzie Manno, “I’m too fidgety. I can’t sit still. If I’m at home, there’s a guitar there. I’m trying to hash out the next record already. I can’t sit there and just be like, ‘Cool. That’s good.’ People seem to like [Speed Kills]. I’m sitting there like, ‘No, anyone can make a good record. I need to make a second good one.’” It seems Chubby and The Gang aren’t afraid to take unexpected turns on the road to that goal.

Listen to “Life’s Lemons” and “Lightning Don’t Strike Twice” below, and stay tuned for more on the band’s new album.