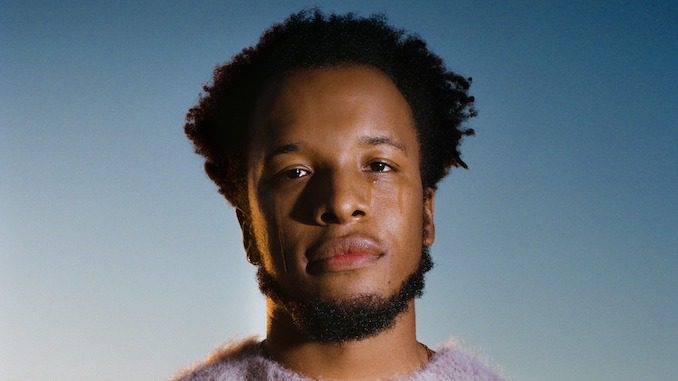 Cleveland-born multi-hyphenate Cautious Clay has released a relaxed new single, “Wildfire,” ahead of his much-anticipated debut album Deadpan Love, out June 25 via The Orchard.

“Wildfire” is a subdued acoustic slow burn, showcasing Cautious’ controlled falsetto and immersive songwriting. It builds into an atmospheric symphony of harmonies and tambourine clicks, and is one of the album’s most minimalistic singles to date.

Speaking on the meaning of the song, Cautious says:

“Wildfire” explores the fact that people’s intentions sometimes get lost in translation. Good intention is not always enough to prevent people’s emotions and insecurities from spiraling. Subtle signals or cues can unintentionally ignite emotions—like a brush fire.

Aside from the release of his new album, Cautious is also currently in production for the second season of the Forest Whitaker drama Godfather of Harlem, in which he will be reprising his role as the leader of the show’s Geechee Band and contributing original music to the show’s score.

Listen to “Wildfire” below (or stream it here), and watch Cautious’ stripped-down performance of his new single and his 2019 Paste session further down. You can preorder Deadpan Love ahead of its June 25 release here.