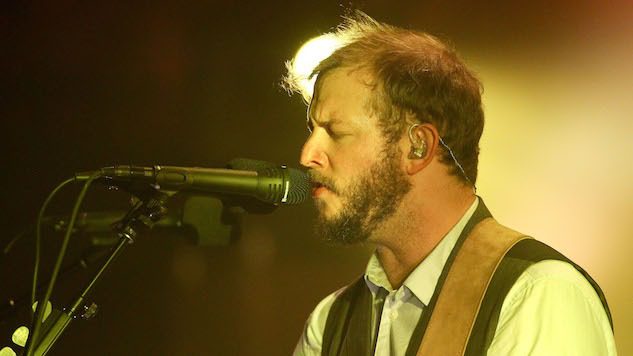 Since releasing i,i in 2019, Bon Iver embarked on a number of dates to commemorate its release. Unfortunately, the pandemic had other things in mind which forced certain legs to be canceled. Hot off the heels of performing in Los Angeles’ YouTube Theater for the anniversary of Iver, Bon Iver over the weekend, the group will be making a proper return to tour life in 2022.

Bon Iver will touch down in Mesa, Arizona in March before running a string of dates throughout August. After a quick break in May, they will finish out their North American dates throughout June. In October, the band will pick back up for European dates making stops in Dublin, London and Madrid. Support will be given by Dijon and Bonny Light Horseman in North America, and Carm in Europe. Artist pre-sale begins Wednesday, Oct. 27 at 10 a.m. local time, and public sale begins Friday, Oct. 29 at 10 a.m. local time.

In addition to the tour, Bon Iver will reissue a 10th anniversary of Bon Iver, Bon Iver on Mar. 25 next year, featuring five songs from Justin Vernon and Sean Carey’s AIR Studios session, a blind embossed version of the original cover art and an essay from Phoebe Bridgers.

Below, revisit “iMi” from i,i and “Holocene” from Bon Iver, Bon Iver and keep scrolling for the complete 2022 tour dates. You can find out full information for the tour her, and preorder the 10th anniversary of their self-titled here.