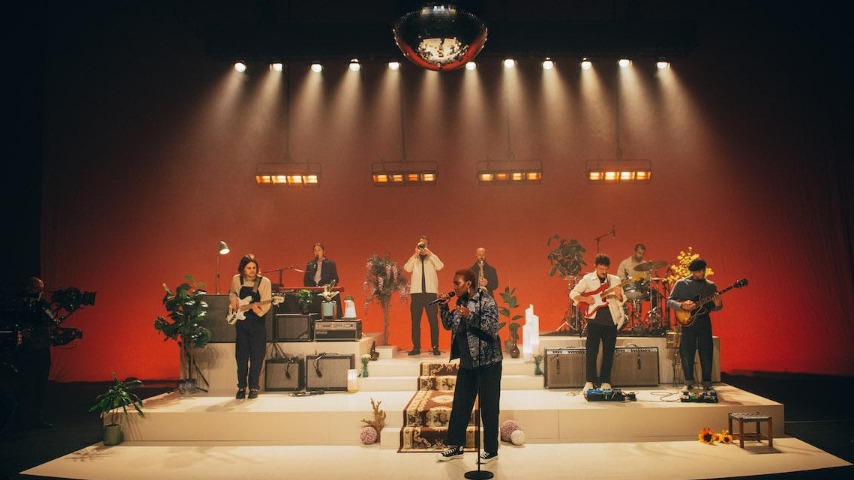 Indie artist Arlo Parks has announced she will be hosting a variety special, Tonight With Arlo Parks, on Jan. 29. The hour-long special coincides with the release of the London native’s debut album Collapsed in Sunbeams, which will also arrive Jan. 29 via Transgressive Records.

Tonight With Arlo Parks will feature guests Glass Animals, Romy of The xx, and Dave Okumu. The special aims to draw inspiration from earlier variety shows of the ‘60s and ‘70s, yet feel updated for a contemporary audience. The show will feature not only performances from these artists, but also collaborations, conversations and poetry readings.

Parks’ highly anticipated debut album comes ahead of her success with singles such as “Eugene,” “Black Dog” and “Caroline.” The show is expected to feature these songs along with first-ever performances of material off her new album.

Parks said of the special:

I’ve always wanted to put together an evening of live music and intimate conversations and in times like these it feels even more special. It’s a blessing to be able to invite people into my musical world and spread a bit of light.

Tonight With Arlo Parks (dir. Toby L and Louis Bhose) will debut live Jan. 29 at 3 p.m. ET through the Amazon Music app and the Amazon Music Twitch channel, then be available Feb. 1 via Prime Video. Watch the trailer below, and keep scrolling for the Collapsed in Sunbeams album artwork and tracklist.