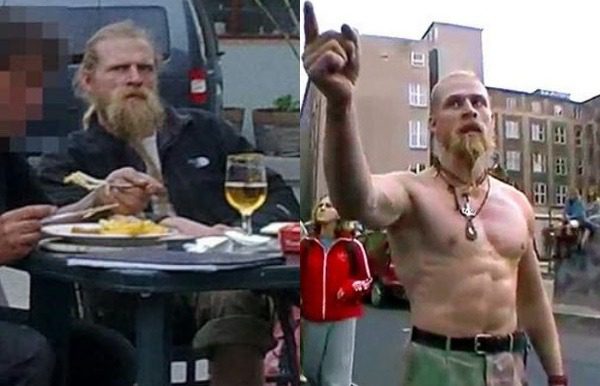 Techno Viking is an internet phenomenon based on a video from the 2000 Fuckparade in Berlin, Germany.

And after many fake news and gossips, here are the facts.

The 4-minute video shot by experimental video artist Matthias Fritsch at the Fuckparade on 8 July 2000 begins with the title “Kneecam No. 1”. The camera is on a group of dancing people with a blue haired woman in front. A man stumbles into the scene grabbing the woman. A bare-chested man (known colloquially as the Techno Viking) wearing a Mjölnir pendant enters the scene while turning to that man. He grabs him by the arms and the camera follows, showing the confrontation. Techno Viking pushes the guy back in the direction he came. He looks at him sternly and then points his finger at him, telling him to keep walking. That moment captured the most popular meme in the world.

Then the camera follows the bare-chested man as the techno parade continues. Another observer comes from the back of the scene offering an inverted bottle of water to him. As the situation calms down, the bare-chested man starts to dance down Rosenthaler Straße to techno music.

This is what we all know, so what is the true story behind it. 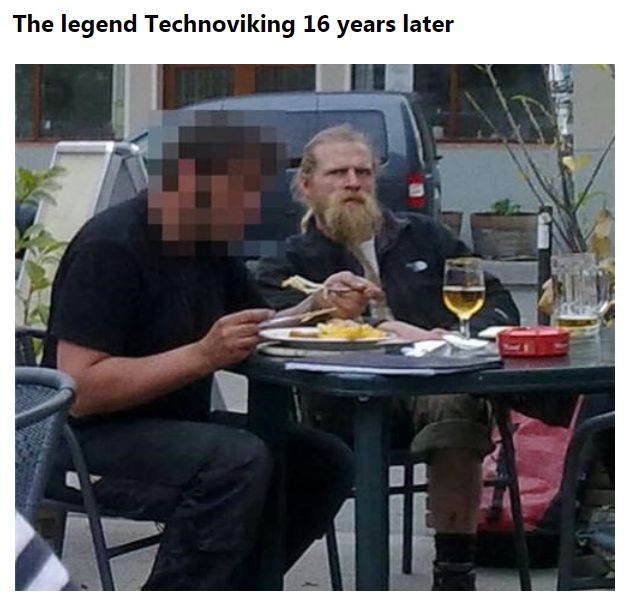