Pharrell Williams has released a new single as part of his TIME magazine cover package The New American Revolution. The song “Entrepreneur” was produced by Williams’ own The Neptunes production team and features friend and frequent collaborator, Jay-Z.

“The intention for a song was all about how tough it is to be an entrepreneur in our country to begin with,” Williams told TIME.

“Especially as someone of color, there’s a lot of systemic disadvantages and purposeful blockages. How can you get a fire started, or even the hope of an ember to start a fire, when you’re starting at disadvantages with regards to health care, education, and representation?”

At the end of the day, economics plays a huge part of social conditions and Williams believes economic empowerment is what’s needed at the core for real change to occur.

“When you have successful beehive-type communities where you can circulate money within your community, it makes a huge difference,” he says. “They keep saying the American Dream is about the house and picket fence, the wife and two kids. Come on—let’s be honest. It’s always boiled down to money and an opportunity.”

Both Williams and Jay have become increasingly more outspoken and active in issues impacting the Black community. Last month, Pharrell and Jay were part of a group of celebrities that sent a letter to the U.S. Department of Justice seeking justice for Danroy “DJ” Henry, a 20-year-old Black college student killed by Thornwood, New York police roughly a decade ago.

“This agonizing case remains an unhealed wound for the Henry family and the people of New York,” the letter explained.

“DJ, a young Black youth with a bright future ahead of him, was killed for no apparent reason inside his own vehicle. The facts of the case reek of local conflict of interest, racial bias and even false testimony. But like so many other unarmed and innocent young, black men who find themselves guilty of being at the wrong time, DJ, too, lost his life for no good reason and with absolutely no good explanation — to this very day. Justice, it appears, has been denied.”

The powerful music video for “Entrepreneur” does an incredible job celebrating Black-owned businesses and successful Black entrepreneurs. From the opening clip to the rolling credits, “Entrepreneur” showcases success stories and shows love to the community. It makes a point of paying homage to the late great Nipsey Hussle, and reminding people of Nip’s entrepreneurial might.

This issue of TIME magazine features conversations with Tyler the Creator, Angela Davis, Naomi Osaka, Geoffrey Canada and more about the systemic inequalities that Black people have faced throughout United States’ history, and how a more equitable future might be achieved across policy, medicine, culture, sports and education.

Along with “Entrepreneur,” be sure to check out a piece by Williams (with Michael Harriot) published in TIME titled “America’s Past and Present Are Racist. We Deserve a Black Future.”

You can find The Neptunes-produced “Entrepreneur” on various digital streaming platforms including Apple Music and Spotify. For free access to full “Entrepreneur” score and sheet music, please visit PharrellWilliams.com.

Check out the new Calmatic-video for “Entrepreneur” below. 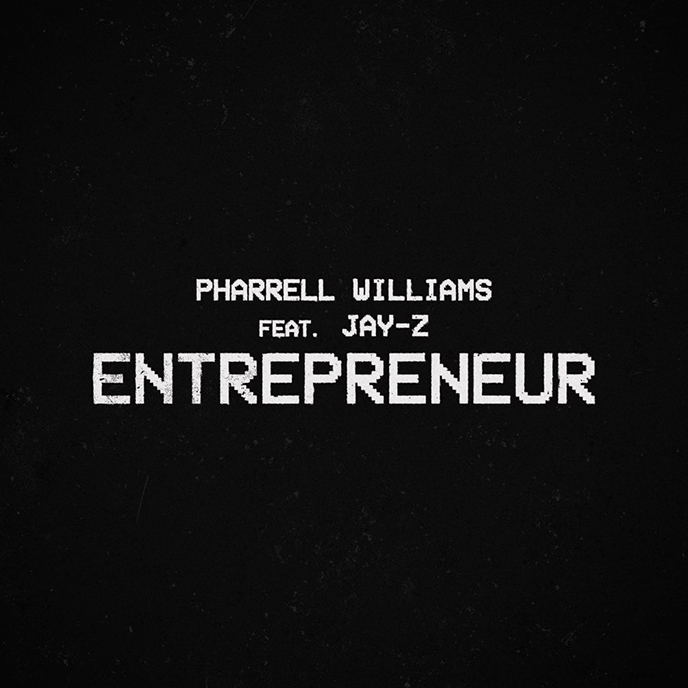