Just weeks after his album debuted at number one on the Billboard 200—and he joined The Beatles and Drake as only third artist to have five songs reach the Top 10 on the US chart at the same time—Grade A Productions is back with a new video by Juice WRLD.

“Smile,” which features The Weeknd, was previously leaked on SoundCloud and YouTube as “Sad,” with an open slot on the track in place of The Weeknd’s eventual contribution.

The accompanying lyric video features an artist painting a portrait of Juice WRLD as the fallen Chicago artist raps about wanting to bring happiness to a loved one, whether he’s in their life or not. The clip has racked up over 1.5 million views in 24 hours.

The Weeknd initially previewed the new single earlier in the week. He wrote, “XO + 999 Thursday night” on Instagram under a photo of Juice WRLD.

While nothing official was released while the “Lucid Dreams” rapper was still alive, Juice WRLD had previously suggested they’d have a hit record if they collaborated. On Sept. 10, 2019 he tweeted: “Me and The Weeknd would make a diamond record…”.

Juice WRLD’s Legends Never Die is currently sitting in the number three spot on the US Billboard 200 Chart, after getting bumped down a couple of slots by the new Taylor Swift and Logic albums.

“Smile” is HipHopCanada’s Song of the Day. RIP Juice WRLD. 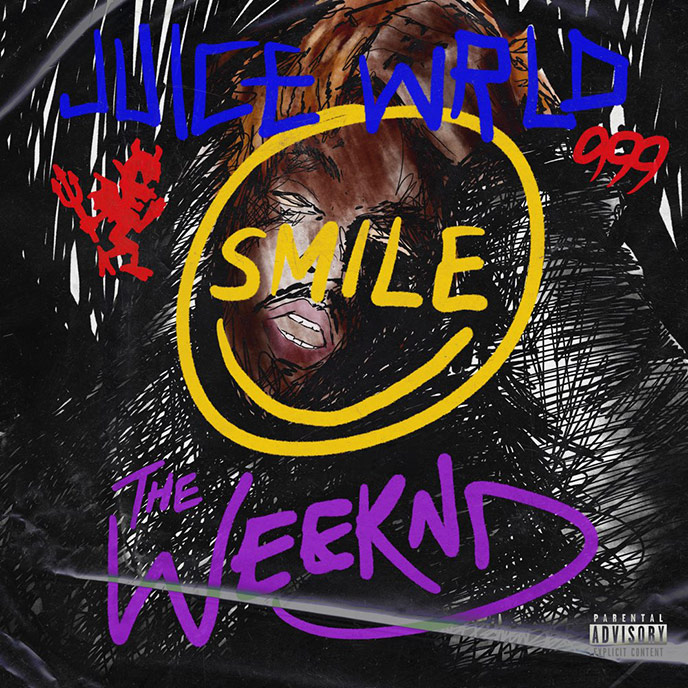