The video for the LonelyBoyxxo-assisted “Nefarious” was shot and directed by Printz and Ben Telford Visuals on location in Ottawa.

“With its striking imagery and hyper-stylized blend of slinky trap and opulent R&B, ‘Nefarious’ represents the fully realized vision of toxic behavior. Freddy Printz sees himself making the same old mistakes over and over again. By subverting the romantic trope of the typical R&B ballad, the artists still reveal their emotional patterns with unapologetic vulnerability. Featuring his crooner-acolyte LonelyBoyxxo, Freddy Printz pens a spectacular tale rooted in raw magnetism.”

You can find the Chanksdaddy-produced “Nefarious” on various digital streaming platforms including Apple Music and Spotify. Check out the video below. 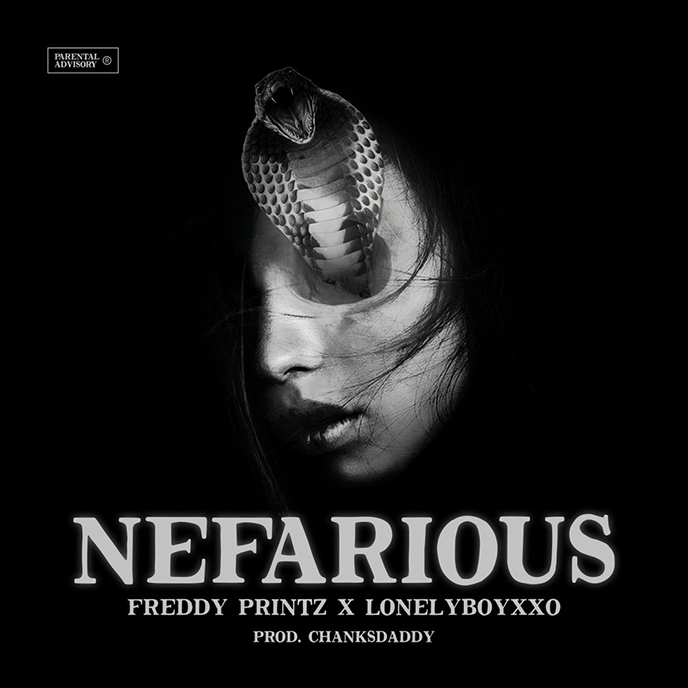