Motor City born Techno Producer and DJ based in the City of Angels. That is a strong origin story of an up and coming name in techno – Rebel Boy.

Johnny Yono aka Rebel Boy brings raw and dark tunes that are big room ready. The reason for this interview is his brand new EP, out now on Riot.

Grab Fireheart / Disturbance here , and find out the artist you should keep an eye on in his answers below. Enjoy! 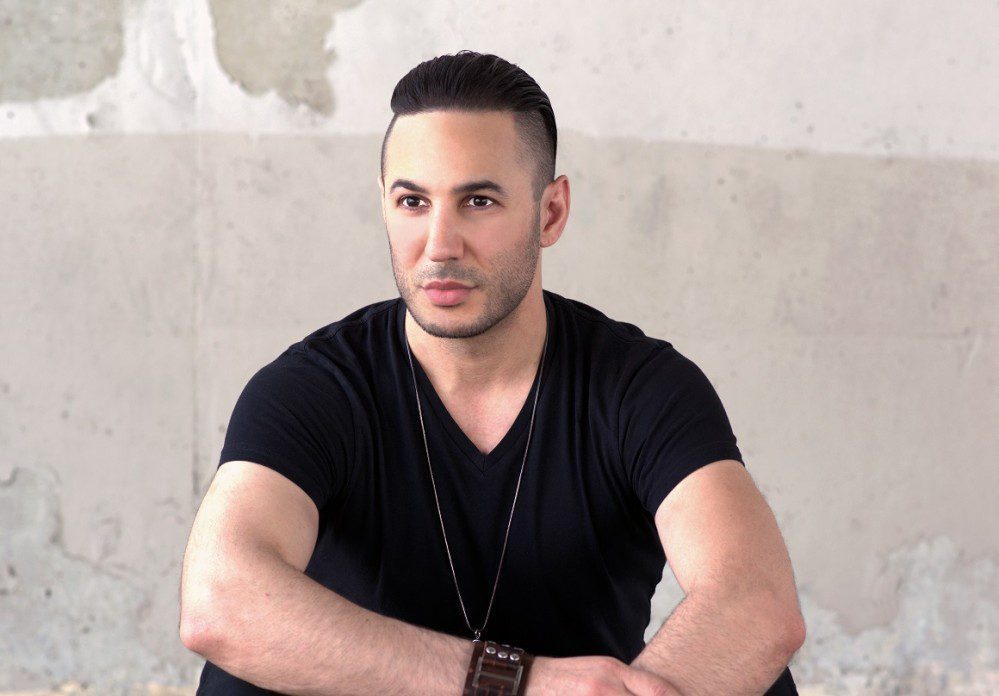 Hello! Thanks for your time! How would you introduce yourself to our audience?

Thank you for having me! My name is Johnny Yono aka Rebel Boy and I currently reside in Los Angeles and have lived here since 2001.

How does your creative process start?

Since Techno is Kick drum heavy music, I tend to start there with the processing of the Kick and Bass relationship. From that point, some percussion and maybe a melodic riff of some kind will be brought in to get things going. Ultimately though, the process is different from track to track depending on my mood and if there are any pre-conceived ideas.

Hailing from the Motor city do you believe you have some legacy to follow?

Haha! Well, in some sort of way yes, being that Detroit is the birthplace of Techno music. More importantly, though, I’m trying to outdo myself with each new release.

Your brand new collaboration with Frankyeffe is signed on Riot. What can you tell us about the track?

It was a pleasure working with Francesco on ‘Distorted Existence’! He approached me last year with the idea of collabing and I jumped at the opportunity. The production took about 2 weeks or so to complete and we finished in the midst of the quarantine. The response from everyone so far has been great!

You released your solo EP Syndrome on Riot back in June, so how are you satisfied with the feedback?

‘Syndrome’ was part of a long production process after I started the Rebel Boy moniker. The EP consists of 3 total tracks, the other two being ‘Muted Chemistry’ and ‘Hyperkinetic’ which were part of a list of potential projects I had in the works prior to releasing my debut EP, ‘Neurosynapse’ which also includes ‘Cerebral Mass’ — my biggest track to date. The feedback from Syndrome has been great with lots of support including the YouTube channel Spacer. It was also pressed to vinyl making that my first ever track on wax — which of course is exciting!

Your new release Fireheart / Disturbance is going to be released on Riot soon. What can you tell us about this two-tracker. What’s the story behind it?

‘Disturbance’ was the first track produced for the EP. I wanted to capture more of the minimal, darker side of Techno with an abandoned warehouse vibe. It carries some tribal percussion, a destroyed guitar synth and my voice in a very low, robotic register. Charlotte De Witte said it’s a “bomb”!

‘Fireheart’ is a multi-faceted track with more of the big room vibe which is very prevalent in Techno today. There is a tinge of Trance elements involved in the drops along with some roaring saw synths, energetic arps and a resounding female vocal adlib soaring over top of the energy.

How would you describe the current situation on the global electronic scene?

I feel that the global scene is hurting right now in regards to club nights and events. Eventhough I know it’s slowly coming back in certain parts of the world, people are craving to get back out there again to see their favorite DJ’s. It’s truly a sad state of affairs what we are all facing right now and I am hoping that by the end of the year we will see some light at the end of this dark tunnel.

What is the most appealing about LA scene?

The consistent volume of top notch talent that comes through LA is one of the most appealing things about the scene here. There is a devoted community of underground music followers and the clubs have played host to proper nights pretty much every weekend leading up to the pandemic.

How would you describe your sound?

My sound is a blend of dark and aggressive with a tinge of Trance being that I was in fact, a Trance artist for well over a decade of my musical journey before entering the Techno realm. I always try to create some kind of a story within the music derived from real-life experiences and true emotions.

What’s your opinion on the current livestreaming trend among DJs?

Livestreaming is currently the silver lining in this mess that we have found ourselves in. It’s been a savior for a lot of DJ’s although, I don’t believe there is monetary gain, which is unfortunate for a lot of the guys out there who gig to make a living.

What is underground to you?

To me, underground is a feeling as well as a culture. We are children of the night…almost like a secret society bound by the love of music. There is a level of mutual respect for one another in this scene like no other and the bond is the strongest I have seen. The underground Techno scene has no room for “cheese” and bullshit like some of the other genres and I love that there is such a level of maturity and class.

Do you believe that an artist has to be both producer and a DJ?

Definitely not but, it is undoubtedly the best way to reach the highest state of relevance as an artist being that you can play your creations to a live crowd which is where I feel most alive. DJ’ing and Producing have always gone hand in hand.

You are currently working on a remix for Gain Rec, are there any details you can share and are you working on more new music?

Sure! The remix is for a track by Andy Mart and it’s a pretty slamming interpretation of the original which will see a release later this year! I’ve also just finished up a remix for Heerhorst on Riot Recordings as well which I am very excited about!

What are your top 5 techno tracks at the moment?

Tiger Stripes – ‘Back In Black’