Danish duo M€RCY (Esben Valløe and Tim Panduro) is a progressive and melodic house act from Copenhagen.  The reason for our interview with them is their wicked Techno Bootleg of Ludwig Göransson’s tune Freeport you can download free HERE.

Hello! Thanks for your time! How would you introduce yourself to our audience?
We are M€RCY, a live techno band out of Copenhagen.

Tell us something more about your transition into electronic music?
Back when we met in the Copenhagen underground music scene, Tim was playing in a post-punk band and Esben was touring with an indie rock project.
We found out that we were both inspired by the strong sense of community in the rave scene and that we were both listening to electronic music and recording demos in our home studios.
It was a matter of days until we had our first live jam with drum machines, sequencers and synthesizers. That’s where M€RCY emerged inside our practice room disconnected from the computer. 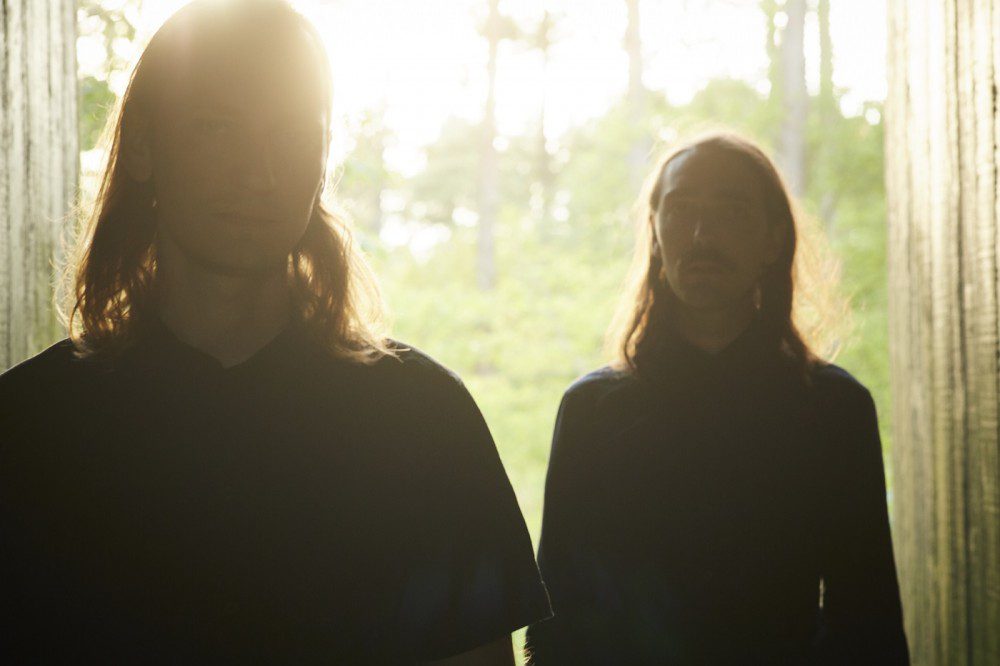 The reason for this interview is your Techno Bootleg of Ludwig Göransson’s tune Freeport. What can you both tell us the idea behind it?
We’ve always felt a strong aesthetic connection with film music, and when we first watched TENET we were blown away by Ludwig Göranssons soundtrack. He manages to mix cinematic Hollywood sounds with heavy techno synths and the track FREEPORT had this intense sequence that really inspired us. It ignited a spark for something we felt we wanted to incorporate in our universe and that’s how this bootleg came around.

How are you satisfied with the first reactions?
We are overwhelmed by the positive reactions. It feels like this release already opened up a lot of new opportunities for future collaborations with clubs, DJ’s and labels.

Could you tell us something more about the upcoming collab you announced, with Josefine Opsahl?
Josefine Opsahl is a very talented cellist and composer. She is classically trained but her work is very experimential and inspired by both classical and electronic music.
Around a year ago we invited her to contribute to a soundtrack for the dance performance Collective Behaviour and we got very inspired by her creativity and the endless sonic possibilities of her instrument.
Next summer we will do a full live set as a trio at Roskilde Festival here in Denmark.

How would you describe the current situation on the global electronic scene?
As many other musicians we have spent most of our time in the studio this year. Though we really miss playing live we have enjoyed the extra time to focus and to rethink.

How would you describe your sound? Vibrant live techno sums it up, but could you tell us something more?
Somehow our sound always ends up quite cinematic and heavy. Also our mixes tend to be full of dynamics and tension and growing up with rock music is probably still a big influence on us. Our inspiration comes from all genres from film soundtracks and noise rock to old school techno.

What’s your opinion on the current livestreaming trend among DJs?
With the dancefloors closed, there’s a struggle to remain relevant. It’s been great to see how the community found new ways to connect and share music.

Do you believe that an artist has to be both a producer and a live act?
Playing our music live is a lot of fun, and it enables us to have a special connection with each other and with our audience
We get a lot of inspiration listening to great DJ sets and DJs makes it possible to have our tracks brought to life all over the world simultaneously.
We love working in the studio. Here we have another degree of control over the richness of detail in the productions and we want our music to be a crisp sounding journey both when played in clubs as well as when streaming at home.

What are your top 5 tracks at the moment that inspire you in some way?
Here’s a list of 15 tracks released in 2020 that will last the rest of 2021.

Are there any new projects you are working on in near future?
We are always working on new instrumental tracks and in the near future we’ll be doing some very interesting, new vocal collaborations as well. Some of the tracks are almost finished and we can’t wait to share the new releases with you soon.