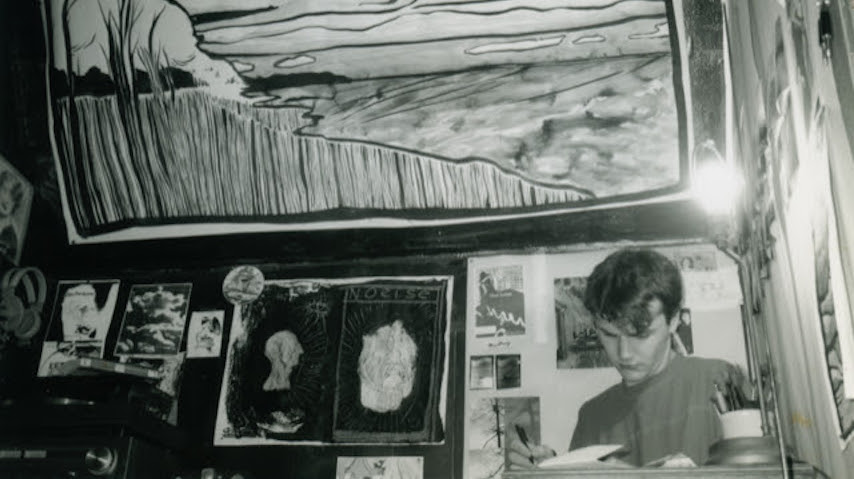 Phil Elverum will release the first new music under his long-hibernating moniker, the Microphones, in 17 years. The new album is titled Microphones in 2020 and is set for release on August 7 via his own label, P.W. Elverum & Sun. This new album will follow The Microphone’s previous record, 2003’s Mount Eerie. Elverum has toured and released music under the name Mount Eerie since 2003, but he briefly revived the Microphones moniker for a show at What the Heck Fest in his hometown of Anacortes, Washington last year.

According to a press release, the album will consist entirely of a 44-minute-long track. Additionally, the Microphones will release an album-length video—functioning as a lyric short film—via YouTube at 1 p.m. EST on August 6 to premiere the album. A link to the upcoming video is available here, and you can watch a short teaser of new music below.

Elverum shared a statement about this forthcoming Microphones release:

I used to call my recordings a different name. A small clump of albums from 1997-2002 were called “the Microphones,” including some popular ones. But the essence of this project has never really changed: me exploring autobiographically in sound and words with occasional loose participation from friends. The name it has been called has never mattered much to me.

In the summer of 2019 I played a little local concert under the old name for no big reason. The little flurry of weird attention around this announcement got me thinking about what it even means to step back into an old mode. Self commemoration would be embarrassing. I don’t want to go backwards ever. There is nothing to reunite. So I nudged into the future with these ideas and came up with this large song. It took almost a year to write and record, working constantly at home, digging through the archives, playing the same two chords forever on the same $5 first guitar. In it I have tried to get at the heart of what defined that time in my life, my late teens and early twenties, but even more importantly, I tried to break the spell of nostalgia and make something perennial and enduring. All past selves existing at once in this inferno present moment. The song doesn’t seem to end. That’s the point.

We all crash through life prodded and diverted by our memories. There is a way through to disentanglement. Burn your old notebooks and jump through the smoke. Use the ashes to make a new thing.

The album will see a physical release as a 3-sided double LP with a heavy gatefold jacket, foil stamping, radical artwork, a poster and lyrics. You can preorder it here. Scroll down to view the album cover.