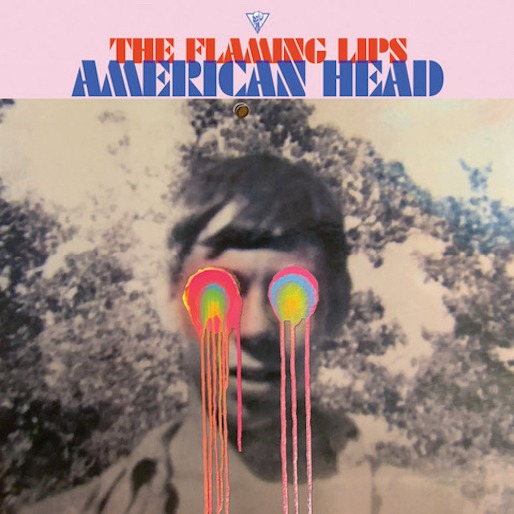 Since emerging from their guest-studded “fwends” era with 2017’s Oczy Mlody, The Flaming Lips have been on an unusually prolific tip, even by their elevated standards. Neither a global pandemic nor Wayne Coyne’s recent entry into first-time fatherhood seem capable of slowing them down: American Head is the psych-rock group’s third album in four years (fourth if you count the Deap Lips collaboration)—and these are proper studio albums, mind you, not EPs encased in giant gummy fetuses.

What distinguishes American Head from other recent output is how suspiciously normal its central conceit happens to be. It’s not a concept album about evil-natured robots, or a magical severed head. It’s a celebration of the band’s American roots, rich with lyrical references to Coyne’s Oklahoma City upbringing with his troublemaking brothers. “For the first time in our musical life, we began to think of ourselves as AN AMERICAN BAND,’ telling ourselves that it would be our identity for our next creative adventure,” Coyne writes in an explanatory essay. Lord knows what’s more American already than a band of amateurish Oklahoma freaks who worked their way up to convincing a major label to let them release four CDs intended to be played simultaneously, but the Lips have also enjoyed numerous flirtations with British culture. This particular record doesn’t contain any Beatles tributes or winding narration by Mick Jones.

In practice, American Head isn’t such a dramatic departure. The record mostly sloshes around in the kaleidoscope-eyed orchestral pop that has been this band’s hallmark since Yoshimi Battles the Pink Robots. There are moments of genuine melancholy elegance, such as the ambling psychedelia of “Mother, Please Don’t Be Sad,” in which a deceased narrator consoles his own mother as he lays dead, or “Watching the Lightbugs Glow,” a downbeat “Great Gig in the Sky” homage starring Kacey Musgraves’ humming instead of Clare Torry’s wailing.

There is also a more pronounced country influence. Musgraves returns to duet with Coyne on “Flowers of Neptune 6,” a sighing psychedelic gem, as well as on an ominous crime vignette called “God and the Policeman.” (The collaboration makes more sense than you might think, given Musgraves’ pivot towards lightly experimental country-pop on Golden Hour.) Steven Drozd’s harmonies and melodic flourishes are as buoyant as ever, and Coyne’s familial mood (several tracks reference his older brothers’ youthful antics, such as Tommy Coyne crashing his motorcycle) lends the album a sense of unexpected intimacy.

But by track four, a whimsical-by-numbers reverie called “Dinosaurs on the Mountain,” American Head starts to fall off an American cliff. The tempos are slow enough to deflate even Coyne’s considerable charm, and the record’s rootsy, pastoral spin on the Lips’ sound is undermined by the band’s maximalist production ethos. Nearly every song is overstuffed with queasy synth textures and sleek, digitized strings, and Coyne can’t resist warping his vocals in a grab-bag of ugly processors, such as the vocoder croon he uses to serenade his younger self on “Assassins of Youth” or the robotic effect that renders “Brother Eye” dead on arrival. For an album so steeped in nostalgia for the Flaming Lips’ early history, American Head never quite recaptures the feel of three inspired humans playing music together in a sweaty room.

The other frustrating aspect of American Head is Coyne’s incessant reliance on drug imagery. Coyne has always been the kind of songwriter who seems more interested in singing about drugs than actually taking them, a tendency that resulted in one of the band’s best and most gleefully sacrilegious epics, 1986’s “Jesus Shootin’ Heroin.” Now, though, the singer’s druggy preoccupations are starting to feel like a crutch, a sophomoric shorthand for imbuing mundane storytelling with psychedelic overtones. Four of the album’s 13 songs, from the melodramatic bombast of “Mother, I’ve Taken LSD” to the embarrassingly half-cooked dope-dealing fantasy “You n Me Sellin’ Weed,” overtly reference drugs in their titles.

This theme does connect to Coyne’s 1970s youth, but the singer’s nostalgic mood might seem more revelatory if it weren’t enveloped in inane musical decisions, such as the plodding beats and farm animal sounds that emerge in “You n Me Sellin’ Weed.” Such indulgences are cringey enough to make you question whether Clouds Taste Metallic really is the mind-melting masterpiece you remember, or if you were just an impressionable college freshman when you first heard it. (Fortunately, both can be true.)

What’s disappointing is that a well-crafted Flaming Lips country album could have been pretty great, or at least an appealing curveball. The Lips can do stripped-down, folky melancholia, or at least they once could—check out the Okie Noodling soundtrack (their score for a 2001 documentary about Oklahoma handfishing), or “Enthusiasm For Life Defeats Internal Existential Fear,” a gorgeous gem from the soundtrack to 2005 rockumentary The Fearless Freaks. The best moments on American Head, most of which involve Musgraves, grasp at that sort of understated beauty. But these days, understating things doesn’t much seem to be The Flaming Lips’ mission.

Zach Schonfeld is a freelance writer and journalist based in New York. He contributes regularly to Paste, Pitchfork, VICE, and other publications. Previously, he was a senior writer for Newsweek. His first book comes out in November 2020.

Watch The Flaming Lips perform in 2007 via the Paste vault: