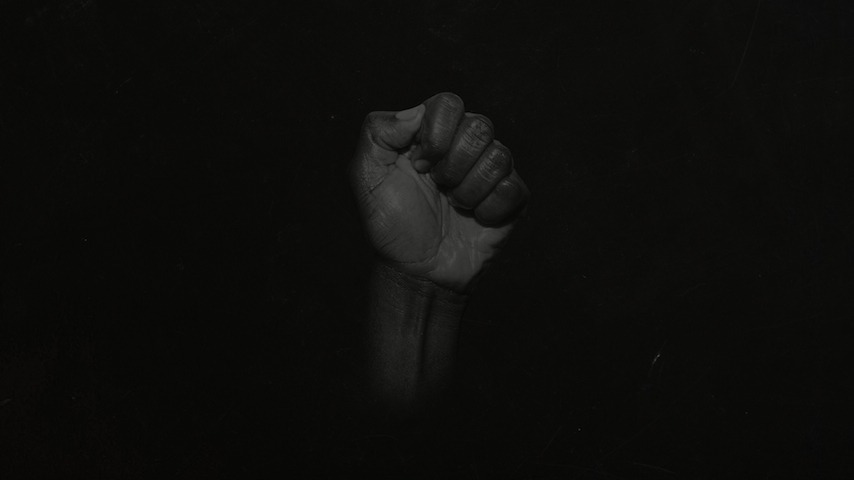 “The revolution has come (out the lies!) / Still won’t put down the gun.” This is the first line of Sault’s new album Untitled (Black Is). It’s time to amend your album-of-the-year lists, because the album of the Movement has arrived—and every second of it is glorious.

Last year, a mysterious soul group named Sault arrived out of nowhere with two albums, titled 5 and 7. No one knew the identities of its musicians, and the albums were released on an independent label, but they drew rapturous acclaim from The Guardian, NPR, Bandcamp (who placed both albums at the number two spot on their extensive list of top 100 albums) and Paste (on our list of British Acts You Need to Know in 2020), plus they received radio play from the best tastemaker station in the U.S., KEXP.

5 and 7 were feasts of rhythmic and exuberant Afrobeat, soul, funk and R&B—the songs are passionate, radiant, radical and rooted in rich Black musical traditions (which by extension, are the same roots of most popular genres). Their indignant soul tune “Foot on Necks” stands out now for obvious reasons, and its refrain hits the nail on the head: “You don’t feel what we feel / And it’s evident that you shoot to kill / ‘Cause you know you’ll get away with it.” With this song and others, they dissect long-upheld racist structures, exploring the realities of white privilege, police brutality and purposely-built racial inequalities. The press initially dubbed them a U.K. group, likely due to the label’s homebase, but that wasn’t exactly clear. 7 contained a track called “Living in America,” after all, which succinctly captures the myth of American greatness: “Living in America / Everyday is an ongoing massacre / Another one / Get shot down in the streets / But they say it’s the land of the free.”

For an example of their cryptic veneer, Sault’s Spotify bio provides just one phrase: “Add a little SAULT to your life”—and their official website is little help besides displaying the name of their label, Forever Living Originals. But despite the lack of information about Sault, after a little digging, their identities became clear: Dean Josiah Cover (aka Inflo), Cleo Sol and Kid Sister (though their roles vary, and additional musicians may be involved). They all have connections through Sault’s record label, but their songs’ metadata is what gave them away.

The U.K.-based independent label that released all three Sault albums also put out records by Cleo Sol, Little Simz and Kid Sister. London-based soul singer Cleo Sol released an album titled Rose in the Dark for the label earlier this year, and she appears on Simz’ Mercury Prize-nominated GREY Area, another from Forever Living Originals. Kid Sister, the Chicago hip-hop artist who in 2009 dropped an album that featured Kanye West, Estelle and CeeLo Green, released a single for the label just last year titled “Long Way Back.”

Rose in the Dark, “Long Way Back” and GREY Area were all produced by Cover, and that discovery opens quite the can of worms. Not much is known about him, but he has extensive credits on records by Michael Kiwanuka, Belle and Sebastian, Karen O & Danger Mouse, Jungle, Jack Peñate, The Kooks and many more. According to song metadata, Cover, the enigmatic musician, DJ and producer, is listed as a songwriter and producer on both 5 and 7, and songwriting credits are also given to Melisa Young (aka Kid Sister) and Cleopatra Nikolic (aka Cleo Sol).

5 and 7 were unexpected triumphs, but after releasing two albums in the same year, one might’ve figured they would go silent—at least for a little while. But last week, something incredible happened. Until now, the group had never shared any statements on social media beyond linking to their store when their albums came out. The only crumbs we had were four measly tweets, and one of them featured a photo of hands holding a vinyl album with black gloves, only adding to the excitement of their identity chase.

On June 12 of this year, they posted a square image of a Black power fist with the caption: “We present our first ‘Untitled’ album to mark a moment in time where we as Black People, and of Black Origin are fighting for our lives. RIP George Floyd and all those who have suffered from police brutality and systemic racism. Change is happening…We are focused.”

Another album from this elusive group was on the way—even if there was no release date yet—and the fact that its theme is so timely meant that it would undoubtedly be a special record. They also posted minute-long snippets of every album track on their Instagram, including one featuring Michael Kiwanuka, whose last two albums were co-written by Inflo.

The very next day, during his BBC 6 Music radio show, DJ Gilles Peterson gabbed about an album he received at 5 a.m.—which he called “unbelievable”—and said he was going to play it in full as a worldwide exclusive—only the second time he’d played an album front to back on air. It turned out to be Sault’s Untitled album, and it was just as great as Peterson described.

An email to the label and request for an interview resulted in no additional info, besides a confirmed album release date (June 19) and a lyric sheet, but maybe that’s for the best—this is an album whose message is loud and clear and is far bigger than Sault. When their album release day came around, the title was slightly amended on streaming services to Untitled (Black Is), which hammers home the vast diversity of body, mind and soul within the Black community.

Track one “Out the Lies” opens with echoing claps and calls for liberation, and its final passage, a love letter to Blackness, should be read in full:

“Black is safety / Black is benevolence / Black is a lifeboat after a SOS / Breaker breaker / All clear / Black tells you its all going to be okay in the end / Black is granny / Black is aunty / Black is ‘there’s still meat on that bone little girl’ / ‘Am I eating wrong?’ Black is so warm and so pure / And when everything else fails Black endures.”

Next come the wails of “Stop Dem,” which say it all. Black people across all countries and cultures have been crying out in agony for equity, justice and autonomy, and their cries have been willfully ignored, spat on and suppressed. Much like how the onus is not on Black people to educate people outside of the BIPOC community, this album doesn’t beg for attention—after all, it was hardly promoted—but those who find it will be moved and inspired. It’s an album of powerful, defiant messages and songs that transcend the current moment—its stories have existed for generations. We don’t know for sure whether this album was made before or after the protests sparked by the murder of George Floyd, but the answer is irrelevant.

Police sirens rage on “Don’t Shoot Guns Down” where the gun of a “racist policeman” is pointed at an innocent, marginalized citizen. “Wildfires” insists these instances are why people are crying and dying. It dismantles the myth of the “angry Black woman,” and it preaches a never-ending perseverance and creativity in the face of fatal struggles—it’s a flame that has never gone out, no matter how many people are tokenized, brutalized and hanged from trees. “Sorry Ain’t Enough” is a reminder that we will never be able to fully right the wrongs of the past, and there will never be a cushy ending to such a long, violent history.

It would be completely justified if this was an album of nothing more than scorn towards white oppressors and racist systems, but it’s as much a celebration of Black culture as it is a repudiation of white supremacy. On the psych-funk and Afrobeat number “Bow,” they list African countries that are similarly engaged in a struggle for their liberation. A chant of “We got, we got, we got, we got rights” ensues, and with boisterous handrums, shakers and scorched guitars, the jubilation of those places is just as visceral as their peoples’ calls for justice.

Whether in grief, joy or anger, there’s a potential for tears on many of these tracks, but it’s especially hard to swallow “Us,” a stirring message to Black youth, spoken gently as if read by their bedside at night: “If you ever feel not enough / Know this / You are gold / You are rubies / You are diamonds / Little Black girl / You are exalted.”

The sounds of Sault are exalted as well. The languid synthesizers on “Eternal Life,” the fury-filled shared vocals on “Stop Dem,” the jazzy guitars on “This Generation” and the skittering beats on “Black” make up a rich tapestry of soul, funk and gospel music. While there are nods to Motown, these aren’t your parents’ classic soul records—you’re hearing the eccentricities, voices and personalities of today and tomorrow.

It appears that Sault haven’t played live yet—or at least there’s no evidence of any shows based on diligent internet searches. Peterson, the DJ who premiered their record, said he tried and failed to get the band to play at his festivals. But whether this group physically performs on stage or not, they’ve made a record that couldn’t be more alive or tangible. Despite their U.K. origins, this is the sound of not just Black America—but America and, as they sing on “Stop Dem,” the world’s “original people.”

Untitled (Black Is) is out now via Forever Living Originals. Purchase it on Bandcamp here.