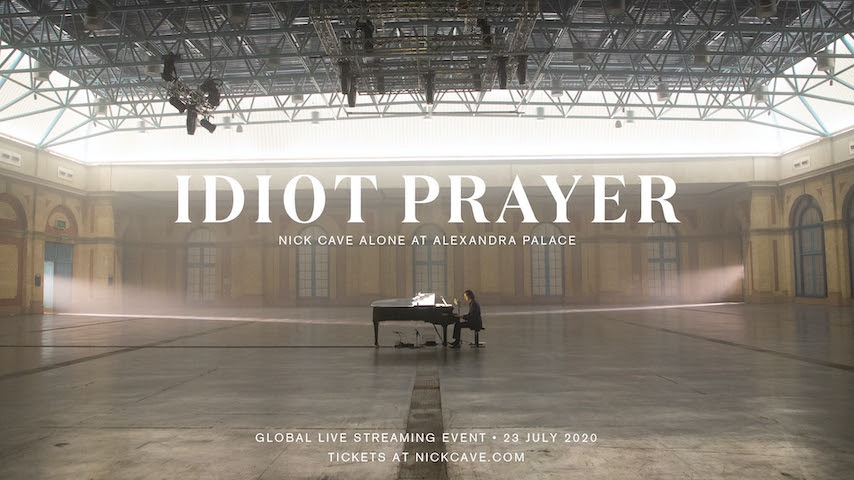 On July 23, Nick Cave will appear alone at the piano at Alexandra Palace in Idiot Prayer, a solo performance shot in London’s iconic venue back in June. In the globally-streamed concert, Cave will perform classics from early Bad Seeds all the way through his most recent album Ghosteen, as well as a smattering of rare songs never before heard by the general public.

It was filmed by acclaimed cinematographer Robbie Ryan, who shot movies like The Favorite, Marriage Story and American Honey. The performance will be broadcast as a live event, and will not be available for online viewing following the event.

The film will be streamed three times globally:

For more information and tickets, click here. Read our review of Ghosteen here.