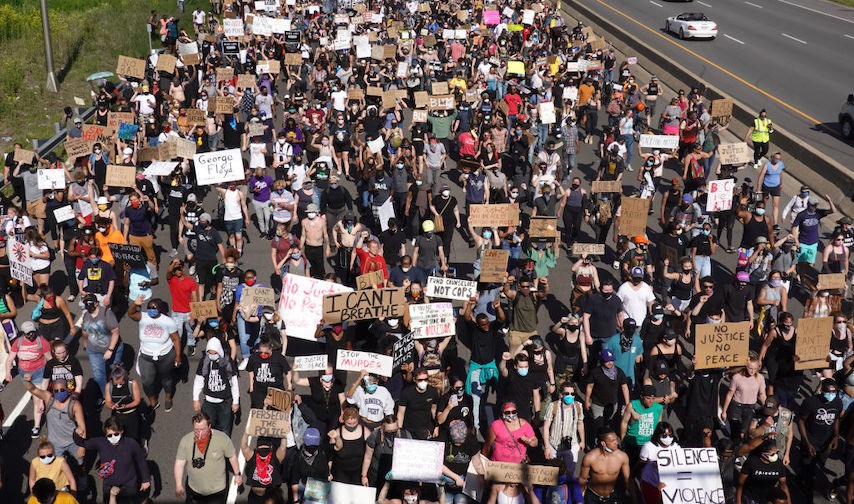 A large contingent of music labels and major industry figures have announced plans to participate in “Black Out Tuesday” in response to the death of George Floyd.

On May 29, less than a week after Floyd was suffocated by a Minneapolis police officer during an arrest, messages began circulating on Instagram and other social media platforms calling for “a day to disconnect from work and reconnect with out community” and “an urgent step of action to provoke accountability and change,” under the hashtag #TheShowMustBePaused.

The blackout is meant to disrupt the work week and provoke “an honest, reflective and productive conversation about what actions we need to collectively take to support the black community,” according to the initiative’s website.

Columbia Records was the first label to make a public stance over Loyd’s death, with its chairman, Ron Perry, posting on May 28, “We stand together with the Black community against all forms of racism, bigotry, and violence. Now, more than ever we must use our voices to speak up and challenge the injustices all around us.”

Since then, companies including Warner Music Group, Sony/ATV, Apple Music, Universal Music Group, Interscope Records, Motown, Caroline, Kobalt and many more have followed in reposting variations on this message, with professions of solidarity with the black community and pledges to observe the black out on Tuesday, June 2. See their statements below:

THIS IS NOT OK.

The speed at which the proposed blackout gained traction has led to some confusion over what the industry intends to accomplish with the move. Some have also criticized the initiative as merely drawing attention toward the music industry and ignoring the troubled legacy many of the companies involved have with exploiting artists of color.

To address some of the confusion surrounding the blackout, Atlantic Record’s exec Jamila Thomas and Platoon’s Brianna Agyemang have set up an official website, theshowmustbepaused.com, and social media accounts outlining the purposes of the initiative and including several calls to action, including a reading list called “Anti-Racism Resources.”

On the website, Agyemang and Thomas state, “The music industry is a multi-billion dollar industry. An industry that has profited predominantly from Black art. Our mission is to hold the industry at large, including major corporations + their partners who benefit from the efforts, struggles and successes of Black people accountable.”