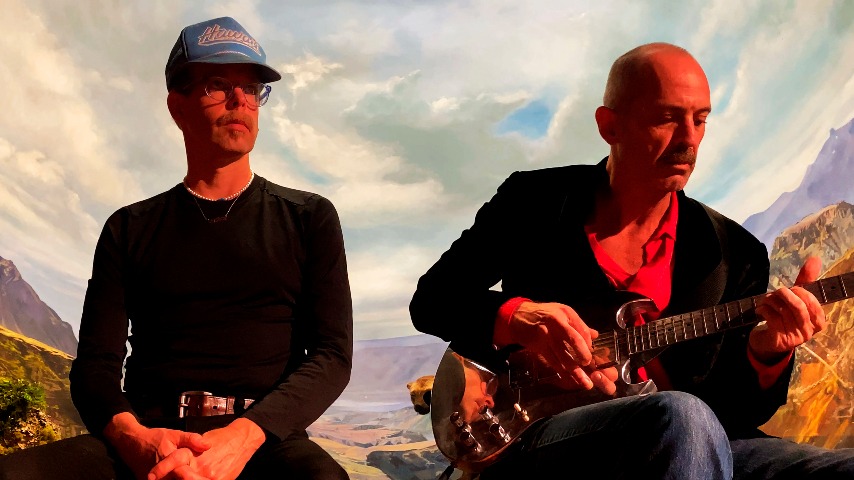 Matt Sweeney and Bonnie “Prince” Billy (the moniker of Will Oldham) have joined forces for a new album for the first time in 16 years. Their latest creation Superwolves, a follow-up to 2005’s Superwolf, will arrive digitally April 30 (and June 18 physically) via Drag City. Sweeney and Oldham released single “Hall of Death” to commemorate the news on Tuesday, our second preview of the album after November 2020 one-off “Make Worry for Me.”

While the two haven’t released work together since 2005 until the latest project, they’ve been working on Superwolves since 2016. It wasn’t until last year, though, that production began in earnest, with the duo recording tracks in both Brooklyn and Nashville. The full album will have guest appearances from the likes of David Ferguson on stand-up bass, Mike Coltun on electric bass, Mdou Moctar on electric lead guitar, Ahmoudou Madassane on rhythm guitar, Souleyman Ibrahim, Ryan Sawyer and Peter Townsend on drums, and Mike Rojas on keys, per a press release.

The shredding guitar and simple melody of “Hall of Death” blend together to show the sonic chemistry of Oldham and Sweeney. Oldham said of his collaboration with Sweeney:

The chemistry comes from lives, lived separately, in which music is crucial sustenance. We listen with gratitude and awe, knowing that we belong in there. We construct our dream selves with the faith that these selves will have their chance at life. We know what we are capable of doing and just need each other’s support to bring the imagined languages to life.

Sweeney, in turn, speaks highly of Oldham in an accompanying statement:

I love the challenge to write melodies for Will to sing. Struggle with that challenge too. Knowing that Will’s voice will elevate the melody makes me reach higher and dig deeper for the tune. Makes me want to match it with a guitar part that holds his voice like a chalice holds wine (or blood, or whatever is needed to live the best life). I also love singing harmonies and responses to this voice of his.

Watch the official video for “Hall of Death” below, and keep scrolling for Bonnie “Prince” Billy’s 2010 Daytrotter session, as well as the Superwolves album artwork (by filmmaker Harmony Korine) and tracklist. You can preorder the full album here.