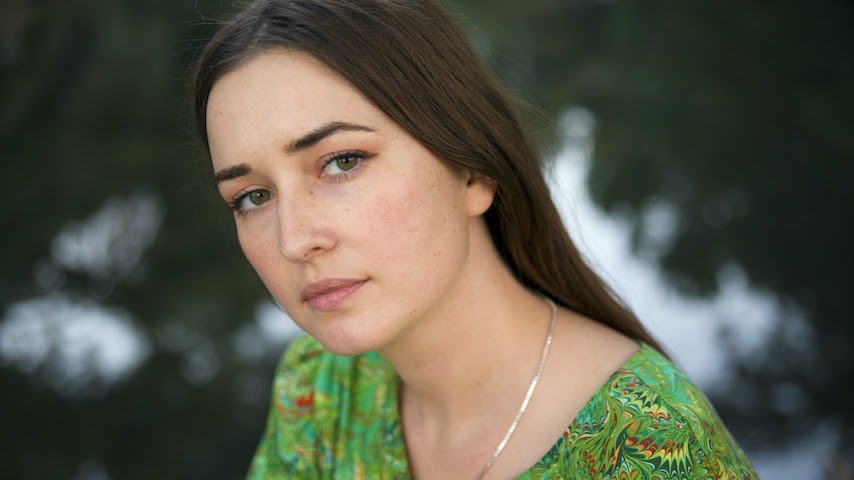 Only a month after releasing her critically acclaimed album, Sorceress, Jess Williamson has shared a new single, “Pictures of Flowers (Feat. Hand Habits),” as a part of Mexican Summer’s Looking Glass series. Written during quarantine and featuring Meg Duffy on guitar and Jarvis Taveniere on mellotron, bass and percussion, the track was stitched together from separate recordings made in each musician’s home studio. Williamson said of the new track:

‘Pictures of Flowers’ is a song that speaks to the fear and uncertainty I felt in the early days of the Quarantine, as well as the clarity gained and realignment in priorities I’ve been experiencing over the last few months. I feel like a different person today than I was in January. Initially, being forced to cancel the tour dates in support of my new album had me reflecting on how to move forward with my career. What was the point anyway? My musical ambition began to feel hollow in the face of a global pandemic. I spent most days alone, going on long walks around my eerily quiet neighborhood. Then, when the police murdered George Floyd, these empty streets filled with protestors. This uprising has been a long time coming. From where I’m sitting, this seems like an apocalypse in the truest sense of the word – an unveiling. We’re seeing, firsthand, the People tear down the Tower to build new structures. ‘Pictures of Flowers’ means something different to me now from when I first wrote it. Here’s to continuing to learn, listen, grow, and evolve.

Listen to “Pictures of Flowers” here. Below, check out Jess Williamson’s 2018 session in the Paste studios.