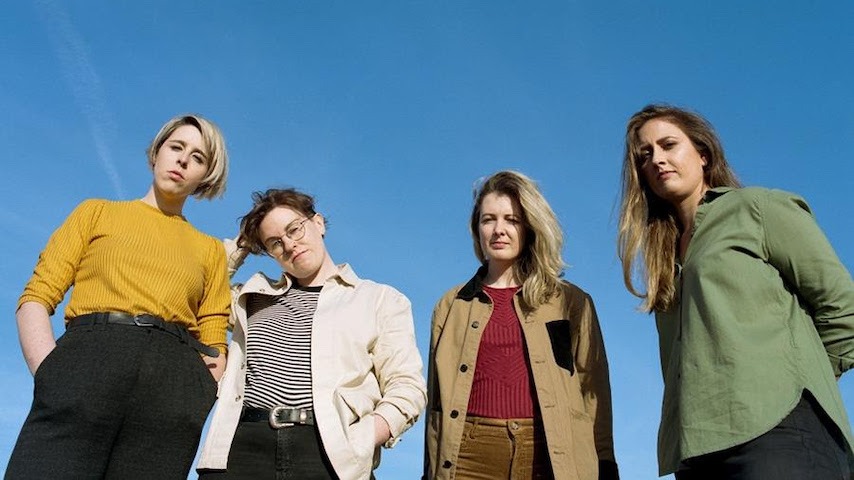 Irish rockers Pillow Queens have announced the details of their debut album In Waiting. It’s set for release on September 25 via their own Pillow Queens Records, and it will include previously-released singles “Gay Girls,” “Brothers” and “HowDoILook,” plus their brand new single “Handsome Wife,” which you can hear below. Last year, Paste named Pillow Queens one of 15 Irish Acts You Need to Know in 2019.

“This video was made in isolation with the help of friends, family & strangers. It is a love letter to touch and all the ways we miss the closeness of others right now.”

The music video for “Handsome Wife” opens with these words printed in yellow and suspended in the sky. A dreamy, sun-drenched ode to touch, the following video evokes a nostalgia for closeness that even Harry Styles’ beloved “Watermelon Sugar” music video doesn’t quite match. A reminiscence on many different kinds of affection and intimacy, “Handsome Wife” is both a longing remembrance of the past and a hopeful vision for the future.

“‘Handsome Wife’ begins with a glimpse into an emotional homecoming, one that intensifies and romanticises the seemingly insignificant,” the band says. “Throughout, the mundane but tender moments are held up and deified, paying reverence to the ease in which a love can thrive outside the realms of tradition. The song continuously references structures and rituals that were once out of reach, but are now within our grasp. In spite of this ‘Handsome Wife’ affirms that they pale in comparison to the communities we’ve built ourselves.”

Watch the music video for “Handsome Wife” below. Scroll down to view their album artwork and tracklist, and preorder In Waiting here.