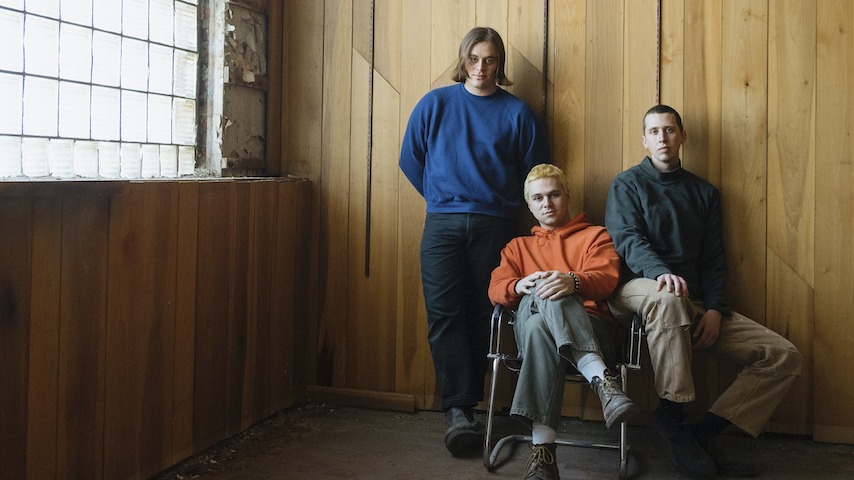 Back in 2018, Hoops had seemingly broken through. Their well-respected debut Routines dropped a year earlier and brought the Indiana trio comparisons to Guided by Voices, My Bloody Valentine and The Radio Dept. while giving them plenty of press as an exciting young band to watch. But with the weight of these newfound expectations and the years of already touring together taking its toll on creative energies, the group decided to announce an indefinite hiatus, with members going their separate ways and pursuing various side projects.

In late 2019, though, the band reunited, sharing their first new music since 2017 and a set of concert dates. Today, they’ve announced a new album, Halo, their follow-up to 2017’s Routines. The album will release Oct. 2 via Fat Possum. Pre-order here.

“This record is a more honest representation of our influences and interests as musicians,” vocalist and guitarist Auscherman said in a statement. “We’ve grown a lot in four years, as people and as listeners. We’re starting to sound more like ourselves.”

Along with the announcement, Hoops has shared the album’s lead single, “Fall Back,” a jangly love-sick track a little slicker than Hoops’ traditionally lo-fi sound, but losing none of their penchant for earworm riffs and swooning melodies. The song is the first that all three band members have written together. Listen below. While you’re here, check out footage of Kevin Krauter’s set at Paste Studio NYC from earlier this year, further down. Keep scrolling for the Halo album art and tracklist.