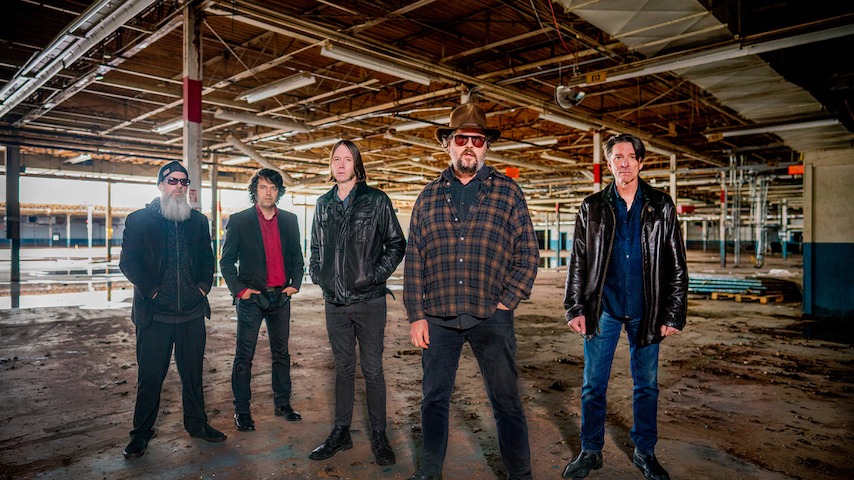 On the heels of their most recent album The Unraveling, Drive-By Truckers have announced a new surprise album, The New Ok. The album will drop digitally this Friday, Oct. 2 via ATO Records, with CD and vinyl editions arriving on Dec. 18. Today, the band also unveiled the The New Ok’s powerful title track.

To call these past few months trying would be a dramatic understatement. Our lives are intertwined with our work in ways that give us our best songs and performances. It is a life that has often rewarded us beyond our wildest dreams. Speaking for myself, I don’t have hobbies, I have this thing I do. To be sidelined with a brand new album and have to sit idly while so much that I love and hold dear falls apart before my very eyes has been intense, heartbreaking, anger provoking and very depressing. It has gone to the very heart of our livelihoods and threatened near everything that we have spent our lives trying to build. Here’s to the hope that we can make 2021 a better year than this one has been. In the meantime, here’s to The New Ok!

Hood, co-founder Mike Cooley and guitarist/keyboardist Jay Gonzalez will be performing solo shows via NoonChorus through the end of the year and beyond at 6 p.m. ET. on various nights. The schedule is listed at the bottom of this page.

Listen to “The New Ok” below. Keep scrolling for the album artwork and tracklist. While you’re here, scroll even further to revisit Drive-By Truckers’ 2010 Daytrotter session.