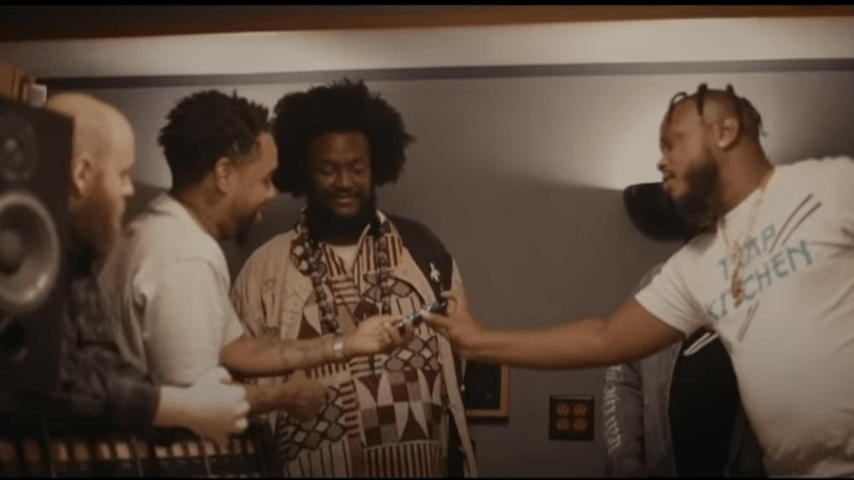 Terrace Martin, Robert Glasper, Kamasi Washington and 9th Wonder have released a single together under the name Dinner Party. “Freeze Tag,” the first track released off of the group’s upcoming self-titled debut album, Dinner Party, contrasts cheerful production and silky vocals with thematic explorations of police brutality and systemic racism, topics that are especially relevant during the biggest civil rights movement of the 21st century. “They told me put my hands up behind my head / I think they got the wrong one,” sings guest vocalist Phoelix. “I’m sick and tired of runnin.” The track’s accompanying video, released on June 24, features footage of the group in the studio during the recording process.

Meeting at a jazz band camp in 1996, Martin and Glasper came up with the idea for Dinner Party while touring with Glasper’s R+R=NOW, pulling Washington and 9th Wonder in down the line. With Martin and Washington on saxophone, Glasper on keys and 9th wonder doing production, the single is a masterful family affair. After almost two years of writing and half a year of recording, the group’s debut project, Dinner Party, will be released July 10.

Watch the video for “Freeze Tag” below. Further down, check out Kamasi Washington’s 2016 session in the Paste studio.